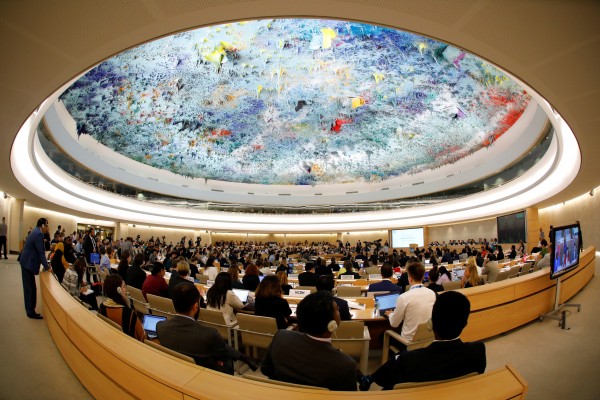 A U.N. site showed that Bahrain withdrew its candidacy on Sept. 26 to run for a three-year seat at the Geneva-based body, without giving details. Bahrain's diplomatic mission in Geneva and Bahraini government's media office did not immediately respond to a request for comment.

Bahrain, home to the U.S. Navy's Fifth Fleet, has imprisoned thousands of protesters, journalists and activists - some in mass trials - since an anti-government uprising in 2011. It says it prosecutes in accordance with international law those who commit crimes, and rejects criticism from the United Nations and others over the conduct of trials and detention conditions.

A memo circulated among council members by the London-based Bahrain Institute for Rights and Democracy (BIRD) drew attention to allegations of arbitrary detention as well as reprisals against individuals, as cited in a U.N. report last month.

The non-profit organisation also held a series of meetings with U.N. officials and diplomats in August to urge states not to support Bahrain. "It's a huge relief to see Bahrain withdrawing after our effective advocacy in Geneva against their candidacy," said Sayed Ahmed Alwadaei, advocacy director at BIRD.

A scorecard published by the International Service for Human Rights gave Bahrain a green tick for just three of 16 criteria, one of the lowest scores among candidate countries.

States with poor human rights records are sometimes elected to the 47-member council, although they may be suspended for abuses, as was the case with Russia after its invasion of Ukraine in February. Moscow says it quit the body and denies targeting civilians in Ukraine.

The rights council does not make legally binding decisions but it carries political weight and can authorise investigations which sometimes help international trials. Elections are due to take place later this month at the U.N. General Assembly in New York.