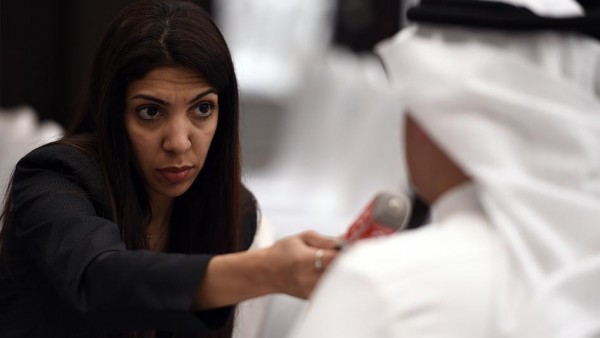 Al-Amm said via her Twitter account (September 26, 2022) that an official there told her that she "is banned by a circular issued by the security, and when I asked him about the cause and the reason, he said it is better to communicate with the authorities in my country."

"Two officials accompanied me to finish the departure procedures with all appreciation (...). They gave me enough time to make my options without pressure, but it was really surprising and saddening," she stated.

On the other hand, journalist Nazeeha Saeed said that the UAE authorities prevented her (september 23, 2022) "from entering the country which I was visiting in a business trip," noting that she was held for more than two hours without being given any answer to her questions. She further stated "they started then with the deportation proceedings without clarification or even informing me of the decision."

Saeed went on to say "After insisting on knowing what was happening and why I was diverted to the departure gates instead of arrival gates,I was told without details: You will not be allowed to enter for security reasons," considering what happened to her to be "disturbing and humiliating from a Gulf country where I thought I was deemed a citizen."