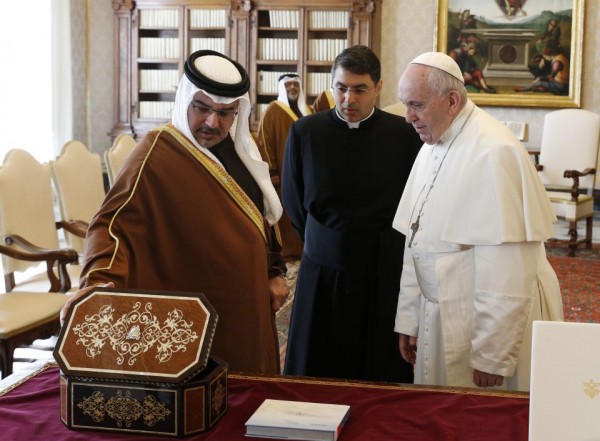 Bahrain Mirror: Pope Francis will visit the Kingdom of Bahrain from Nov. 3-6 to participate in the "Bahrain Forum for Dialogue: East and West for Human Coexistence," the Vatican confirmed on Sept. 28.

The visit will mark the 39th international trip of his papacy and follows another journey to a Muslim-majority country, after the pope's visit earlier this month to Kazakhstan to participate in the 7th Congress of Leaders of World and Traditional Religions. Pope Francis was officially invited to visit Bahrain in Nov. 2021 during a meeting at the Vatican with Sheikh Khalid bin Ahmed bin Mohammed, adviser for diplomatic affairs to Bahrain's King Hamad bin Isa Al-Khalifa.

Francis first hinted at a potential visit to Bahrain en route back from Kazakhstan, telling reporters that despite being 85-years-old and dealing with mobility issues due to a knee injury, he intends to keep traveling.

In Dec. 2021, Vatican Cardinal Luis Tagle traveled to the country on behalf of Francis for the consecration of the Cathedral of Our Lady of Arabia, which is now the largest Catholic cathedral in the Persian Gulf.

A full schedule of the pope's itinerary has yet to be released.