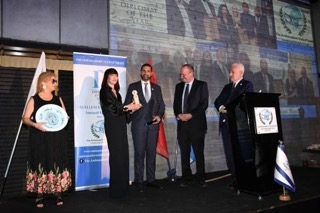 The ambassador received a written congratulation from the Israeli President, Isaac Herzog.

The Ambassadors' Club of Israel (ACI) aims to provide heads of foreign diplomatic missions in Israel with a platform to meet and exchange experiences in an informal atmosphere with their counterparts and with honorary consuls from various countries.