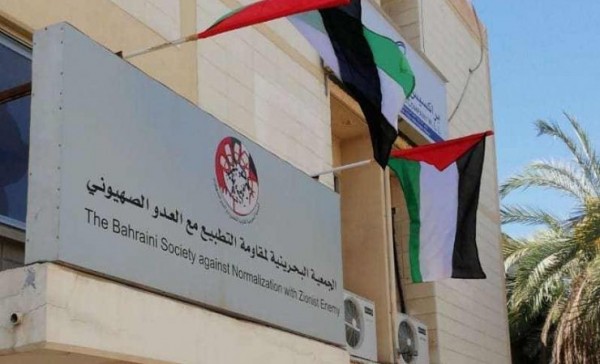 Bahrain Mirror: The General Assembly meeting of the Bahraini Society Against Normalization with Zionist Enemy has been postponed by government orders, information revealed.

Information indicates that the conference of the General Assembly of the Bahraini Society Against Normalization with Zionist Enemy has been postponed until further notice, as it was supposed to be held today, September 24, 2022. However, the Ministry of Development postponed it, claiming that it is waiting for approvals from other parties, which means waiting for the approval of the security authorities.

Founded in 2001, the Bahraini Society Against Normalization with Zionist Enemy was harassed by the official and security apparatus, especially after the announcement of the normalization agreement with the Israeli occupation entity. These apparatus also prevented the society's seminar that was to be held remotely to discuss the subject of normalization with youths from the Gulf. Besides, the Interior Ministry earlier summoned the society's head and some of its members.