Ayatollah Qassim Calls Everyone who Intend to Participate in Election to "Rule their mind and Conscience, Maybe they Step Back" 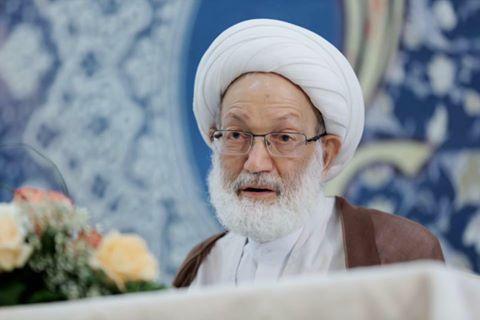 Bahrain Mirror: Ayatollah Sheikh Isa Qassim described Bahrain's upcoming parliamentary elections as "disastrous for the people," calling on those who intend to participate in the elections to "rule their mind and conscience, and maybe they will step back."

Ayatollah Qassim wrote on Twitter "The so-called upcoming parliamentary elections in Bahrain are disastrous for the people due to the state's plotting to tamper with them. It constitutes a false testament to the people's satisfaction with their marginalization and the confiscation of their freedom and rights. Those who intend to participate in these elections must rule their mind and conscience, and maybe they will step back."

He called on Bahrain's leading religious authorities in previous times to boycott the elections. On September 7th, Qassim said via his Twitter account that participation in the upcoming elections is "a means of self harm, and all of this is not acceptable by any mind, religion or rational behavior."