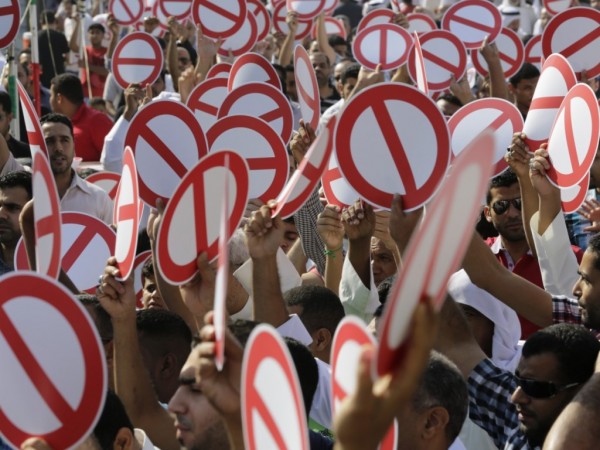 In a joint statement, the six opposition forces described the elections as "a sham process that lacks legitimacy and popular representation," and stressed that "the regime in Bahrain is investing this electoral process for further tyranny, authoritarianism, confiscation of popular will and acquisition of wealth, plundering  country's wealth and resources, increasing taxes on people, further normalization with the Zionists, crimes against human rights and incursion of corruption."

They stressed that "all the people of Bahrain without exception are affected and targeted in their livelihoods, freedoms, security and all their rights because of this electoral process, which is arranged by the regime in a way that only suits it."

The forces called on the people - Shiites and Sunnis - from all regions and components to boycott the farcical electoral process in order to preserve the sovereignty of the country and protect it from corruption, Judaization and elimination of the national identity for the future of our country and people.