Abdulhadi Al-Khawaja, Other Prisoners of Conscience Face Reprisals in Bahrain 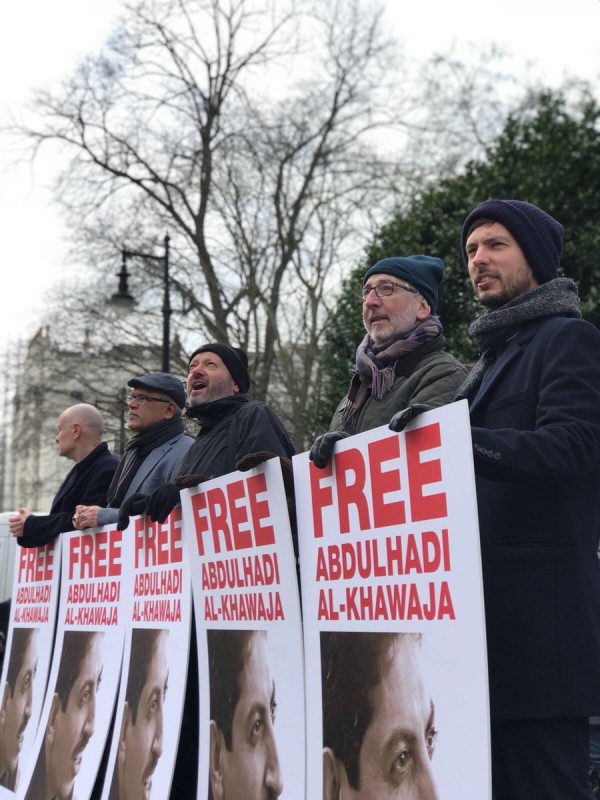 The statement confirmed that the prisoners "are serving prison sentences handed down against them in courts that lack the minimum international standards for fair trial, and on charges that violate their rights to freedom of expression, solely for carrying out their peaceful and legitimate work in the field of human rights."

One of those who was surprised to see the man who tortured him among the administrative staff of Jaw Prison was Zuhair Ashour, a prisoner of conscience.

On 17 September 2022, Al-Khawaja was cut off during a call with his family, and he was not allowed to obtain the necessary medical care in retaliation for his demand for his rights and the rights of his fellow prisoners. Among his demands is that the perpetrators of the crime of torture among the administrative staff of Jaw Prison should not be allowed to visit the prisoners' cells, and instead should be brought to justice.

GCHR strongly condemned the ongoing violations by the Jaw prison administration of the civil and human rights of prisoners of conscience, stressing that the government of Bahrain should release all detained human rights defenders and prisoners of conscience, and fully implement the United Nations Standard Minimum Rules for the Treatment of Prisoners (the Nelson Mandela Rules) while they are in prison.

It also declared its full solidarity with its founding director Abdulhadi Al-Khawaja and prisoner of conscience Zuhair Ashour. GCHR further called on the members of the United Nations Human Rights Council to press Bahrain to comply with its recommendations, and uphold its human rights obligations, noting that Bahrain's Universal Periodic Review is coming up in November 2022.

Al-Khawaja won the 2022 Martin Ennals Award for Human Rights Defenders for his continued activism for prisoners' rights. His supporters are calling for his release and ask you to follow the hashtag #FreeAlKhawaja and tweet your support starting on 20 September 2022.