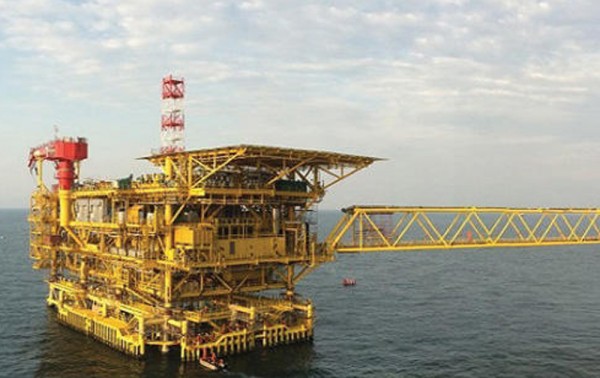 Bahrain Mirror: Official government data revealed that the revenues of the Abu Sa'afa field in the general budget increased to more than BD 1.33 billion in 2021, compared to BD 730 million revenues it achieved in 2020, and a growth rate of about 82%, as a result of the increase in oil prices in the global markets.

The rise in oil field revenues comes from the rise in crude oil prices in global markets, as the average price of Bahraini crude oil reached about $70 in 2021.

Bahrain's production from the Abu Sa'afa field in 2021 amounted to more than 54.52 million barrels of crude oil, which is classified as "Arab medium oil".

Abu Sa'afa is a joint field with Saudi Arabia with a production capacity of about 300,000 barrels per day split equally between the two countries. Discovered in 1963, the field began production in 1966.

Bahrain sells its production from the Abu Sa'afa field directly in world markets as crude oil, and deducts one dollar from every barrel it sells at a price higher than $40, for the benefit of the Future Generations Fund.

The Future Generations Fund achieved gains of more than $54 million from revenues from the sale of crude oil in global markets in 2021.

According to data from the Ministry of Finance and National Economy, the revenues of the Abu Sa'afa field constitute about 51% of the total revenues of the general budget of BD 2.6 billion in 2021, maintaining its position as the largest resource for the budget despite the great steps to diversify income sources.

The revenues of the Abu Sa'afa field in the general budget are expected to increase by 40% in 2022, as a result of the rise in oil prices in the world markets above $100 per barrel due to the entry of Russian military forces into the Ukrainian territories in February 2022. Prices peaked in June 2022 at $127 per barrel, which contributed to Bahrain's achievement of a surplus in the general budget during the first half of 2022 of about BD33 million, to be the first surplus achieved by Bahrain since 2008.