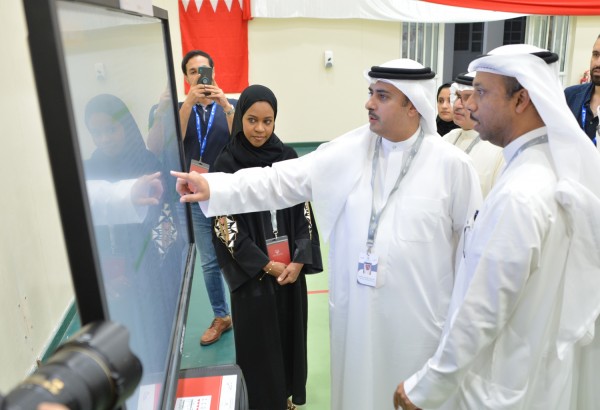 Bahrain Mirror (Exclusive): The ruling family in Bahrain is playing some tricks to increase participation in legislative elections, in which the majority of Bahrainis of various political orientations are reluctant to participate after elections  have proven to fail to meet reform aspirations.

After playing the game of intimidation, the government added a new game by reducing the electoral bloc to obtain a high turnout of voters. In this regard, the Government has resorted to deleting the names of citizens who boycotted the last election from the voters' registers.

With this measure, the government has included in the records only the names of citizens who participated in the last elections and who it expects to cast their votes in the legislative elections scheduled for November.

The High Elections Committee aims to obtain a higher turnout, as boycotters will not enter into the process of calculating the turnout rate because they are not already on the voters' lists.

The normal act is to register the names of all those entitled to vote on the voters' lists, however, it has changed to deleting the names, in clear contravention of article VI of the Law on the Exercise of Political Rights, which states that "Every citizen who has the right to exercise political rights shall be recorded in the voters' lists."

The real task of the High Committee is to supervise "election fraud" by falsifying voter registers in preparation for announcing a fake turnout to reduce the number of those who boycott elections, which increases with each sham election.

Through the voter checking service provided by the official election website, many citizens discovered that their names were not included in the electoral bloc.

Many citizens posted on social media outlets images of the search results showing that they were not included in the lists, which are supposed to include the names of all those who meet the conditions set by law.

Every citizen should be 21 years old to exercise political rights on the day of the referendum or election and fully qualified as well as a habitual resident of the electoral district in accordance with what is written on his or her card.

The law does not require that a citizen cast his vote in the last elections, a procedure by which the Supervisory Committee operates after the parliamentary experience failed to convince voters of the feasibility of participation.

The Committee added conditions for the registration of names that have no origin in the Law on the Exercise of Political Rights. On its website, the Committee added the phrase "The tables include the names of voters who have the right to exercise political rights, taking into account the previous participation in the electoral process from the registries."

Jawad Fairooz, head of Salam Organization for Democracy and Human Rights, commented: "Only in Bahrain, your name is removed from the voters' lists and you are deprived of your political right if you are not a participant in the previous elections! This is to increase the fake percentage of participation after expecting a higher boycott rate."

The opposition announced after the last legislative elections in 2018 that the turnout did not exceed 30% and considered this as a referendum on the illegality of the political process in the country.