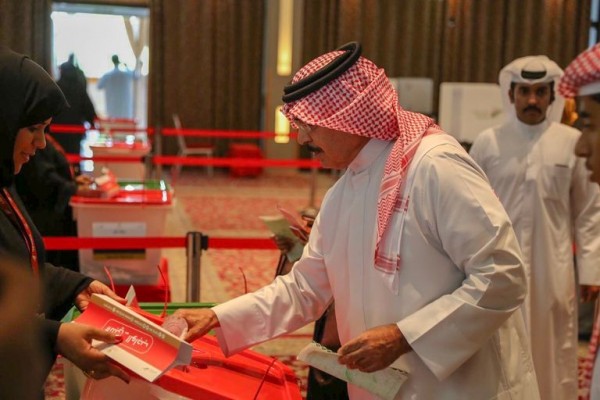 Bahrain Mirror (Exclusive): The Bahraini ruling family always reaffirms what it describes as the specificity of the Bahraini experience, ignoring the opposition's calls to implement a program for political reforms that would result in the formation of a government stemming from parliamentary elections.

Stripping the parliament of its legislative and oversight powers and appointing one Shura Council is one of the peculiarities of the experience which the Al Khalifa family unilaterally follows in decision-making, until that experience reached a point where the majority of Bahrainis were prevented from participation.

The turnout in the last legislative elections amounted to only 30% of the total electoral bloc, where the number of eligible voters was 424,000, but those who participated in the voting process were only about 127,000, according to the opposition's estimates.

There is a semi unanimity among Bahrainis on the futility of participating in the elections, with the Parliament lacking powers to be a real player in managing the country's affairs and turning it into a mere tool in the hands of a central authority controlled by the ruling family.

As Bahrainis were reluctant to participate in the last elections, the government has resorted to putting pressure on voters to get them to vote.

The government obliged workers in the Bahrain Defense Force and the Public Security Forces (the majority of whom are naturalized) to cast their ballots in the elections, and made voters choose between voting or being denied access to basic government services, such as housing.

Despite all the attempts of intimidation and coercion to raise the turnout in the elections, the government failed to persuade even half of the voters to participate in the parliamentary and municipal elections.

Refraining from voting was met with an increase in the percentage of candidates for the forty parliamentary seats, where at least 8 candidates compete in each constituency, which is a high number compared to the voting bloc and indicates that the elections have turned into a "political lottery".

With the absence of political party candidates, many candidates are taking their chances of winning parliamentary seats, which have become an opportunity to improve economic and social conditions.

Besides its decision to boycott the elections, the government issued decisions to dissolve the two main opposition societies (Al-Wefaq and Wa'ad), thus making the elections lose any form of popular representation.

Neil Patrick, an expert on the Persian Gulf, sees that the Bahraini elections had "lost all their political and practical meanings" since they were boycotted by Al-Wefaq, which leads Bahrain's political opposition.

He also believes that "execluding Al-Wefaq and Wa'ad, which include people from different components of society, confirms that the Bahraini elections are meaningless," noting that "elections can be seen as merely a source of strengthening the status of individuals who seek to present themselves as representatives of society."

The government has to put a lot of pressure on voters if it wants the participation of the 30% again, otherwise only the Defense and Public Security Force members will vote in the next legislative elections under military orders.