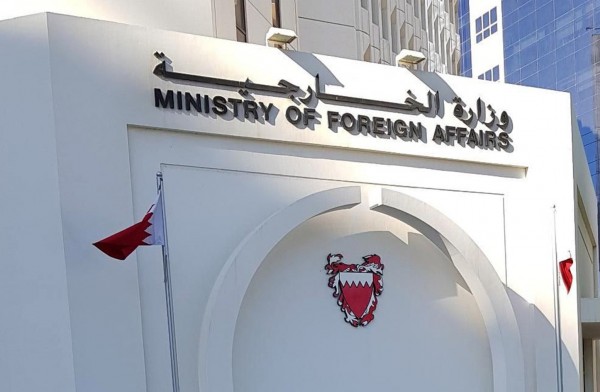 Bahrain Mirror (Exclusive): The Bahraini authorities have called on the Iraqi forces and parties to hold an inclusive national dialogue to resolve the internal crisis. This comes from a government that does not know how to use diplomacy and dialogue to resolve its intractable issues.

On August 30, after signs of calmness in Iraq, which is facing an internal crisis, the government of Bahrain, represented by the Ministry of Foreign Affairs, issued a statement calling on "all parties to de-escalate, exercise restraint, prioritize national interest, and actively participate in a comprehensive and inclusive national dialogue in a way that meets the aspirations of the brotherly Iraqi people."

Of course, the question that immediately comes to the mind of any follower is: Have the Bahraini authorities, who are advising rational dialogue in Iraq, accepted international calls for dialogue with the Bahraini opposition?

How many times have Iraqi figures invited the government of Bahrain to hold a dialogue with opposition societies and received only angry responses and accusations of interference in Bahrain's internal affairs?

People have not forgotten the distress of the high religious authority Ayatollah Sayed Ali Al-Sistani, nor the calls of former Iraqi Prime Minister Nouri Al-Maliki, nor the calls of Sayed Ammar Al-Hakim and Sayed Muqtada Al-Sadr and other figures to the Bahraini government to engage in a dialogue with the opposition. However, these figures have only been insulted and accused of interfering in Bahrain's internal affairs. The state's intransigence has reached the point of preventing access of Jaw prisoners to Sayed Al-Sistani's books.

Dozens or even hundreds of international calls from the United Nations and its Secretary-General personally, the former and current High Commissioner for Human Rights, the European Union, and some from the US have been made urging the Bahraini authorities to engage in dialogue with the opposition.

How does the Bahraini authorities justify the presence of this number of political leaders and activists in prisons and exiles, and this number of societies that have dissolved with political decisions? Why did the authorities reach a degree of obstinacy that has led them to angrily attack via their media outlets social and religious figures that have social presence and weight simply for quietly calling for dialogue, as was the case with His Eminence Sayed Abdullah Al-Ghuraifi a few years ago? People have not forgotten the insults by the authorities' writers against Al-Ghuraifi just for his repeated calls to save the country.

The authorities in Bahrain are immediately required to apply the statement issued by its Ministry of Foreign Affairs to themselves, to prioritize national interest, and actively participate in a comprehensive and inclusive national dialogue in a way that contributes to solving the political crisis that has been ongoing for more than a decade. Otherwise, its call to the Iraqis to engage in a dialogue has no credibility, in light of its continued refusal to respond to all the calls for dialogue announced by the opposition and its symbols repeatedly.

The government not only refuses to hold a dialogue, but also continues to hold the key to dialogue and its first symbol, the leader of the opposition, Al-Wefaq Secretary-General Sheikh Ali Salman behind bars. He was imprisoned by the authorities by an unjust politically-motivated ruling, and is still despite everything an advocate of dialogue. Will the authorities accept to engage in a dialogue or will they carry on their approach that has only led the country to political and parliamentary failure?