Is What's Happening in Manama Linked to Plan to Establish Jewish State in Bahrain and Al-Hasa? (British Document) 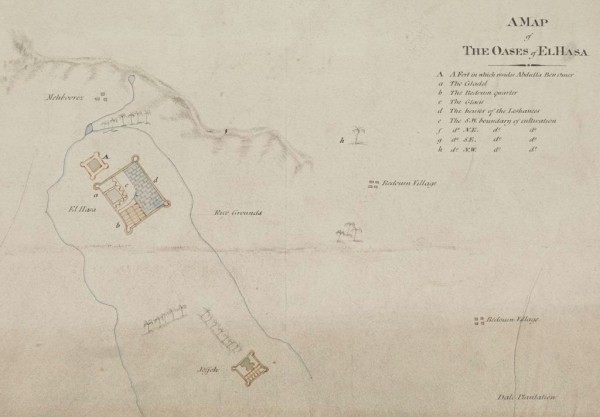 Bahrain Mirror (Exclusive): What is the reason behind Jewish people seeking to buy neighborhoods in the Bahraini capital, Manama? Why was Bahrain chosen to expand the Jewish presence in the Arab world after Palestine and the surrounding states? Is Bahrain one of the alternatives to the Jewish state?

British documents have indicated that Bahrain was part of a major proposal for a Jewish state, before the famous Balfour Declaration was issued which pledged to establish a Jewish national home in Palestine (October 1917).

In September 1917, one month before the declaration, Lord Francis Bertie, British Ambassador to France, received an unusual proposal from Dr. M L Rothstein, a Paris-based Russian Jewish national, in which he demanded the British government help for the creation of a Jewish State, a British document shows.

The Jewish doctor's proposal was among many proposed to Britain to establish a state for Jews, including countries in Latin America and Africa, before they agreed on Palestine.

The letter called on London to facilitate the dispatch of Jewish troops to occupy Bahrain and then expand westward by occupying Al-Hasa and then establishing a nation-state for the Jews.

The British Public Library blog published a copy of the Jewish doctor's letter printed on a typewriter.

According to the document, Rothstein pledged to assemble a force of 120,000 strong men during spring, in addition to the English troops to invade Al-Hasa and establish the Jewish state in it.

At first glance, he admits, his plan ‘may appear unrealistic', but this would cease ‘as soon as the first thousand men have arrived on the scene'.

An army of 30,000 soldiers will invade Bahrain in order to establish the promised Jewish state, according to Rothstein.

British Foreign Secretary Arthur Balfour rejected Rothstein's plan outright, dismissing it as ‘wholly inappropriate'.  Balfour's private secretary wrote to Bertie on 3 October 1917 requesting that he reply to Rothstein, informing him that the British government could not give effect to his proposal.

Although Daniel Lowe, Gulf History Specialist, who reviewed the document thinks that there is not enough documentary evidence or biographical details concerning Rothstein, his pledge to assemble such a force and the British government interaction show his demand was so serious.

Apart from the document and Rothstein's historical role, Bahraini-Jewish Shura Council member Nancy Khedouri noted in her book "From our Beginning to Present Day" the increasing Jewish emigration to Bahrain in that period, but did not speak about its reasons.

Jews in Bahrain played a key role in facilitating the migration of Jews from Yemen to the occupied Palestine in the 30s and 40s of the last century, according to British documents as well.

With these compelling historical backgrounds, the Jews' quest to expand their presence in Bahrain and own property in the capital Manama raises serious questions about the future, security, and stability of Bahrain and the region.