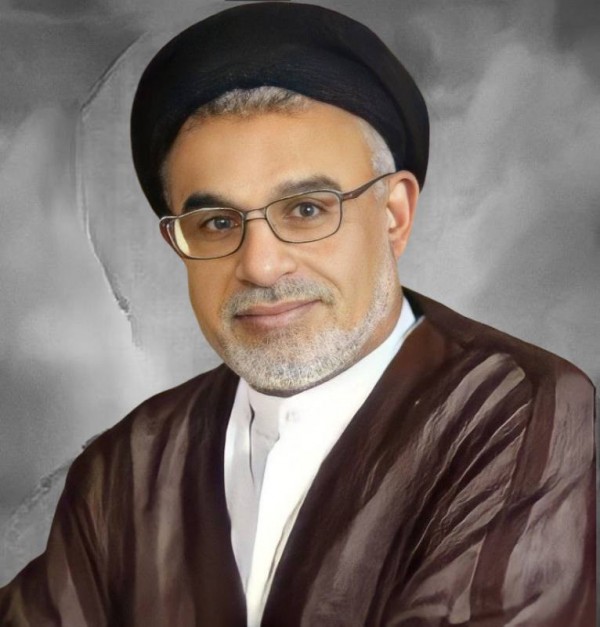 Bahrain Mirror (Exclusive): "His potential could have been invested more, but here we are, we only get to know the distinguished personalities after they pass away." These were some of Sheikh Hamza Al-Dairy's words recalling his long relationship with late Sayed Haidar Al-Sitri.

Sheikh Al-Dairy, who was deported with Al-Sitri to London in 1994, said he was loyal to the people's causes.

As for the circumstances of his personal relationship with the late Sayed, Al-Dairy said, "I got to know him in the holy city of Qom in 1986 when I went to study religious sciences, and there we formed a close relationship along with Sayed Ibrahim Al-Alawi and other noble brothers."

"I still remember a lot of beautiful memories (...) It was a relationship of work, brotherhood and a privileged missionary relationship."

The relationship between the two men lasted even after returning to Bahrain in 1992, before the Bahraini authorities deported them abroad due to their opposition to the ruling family's policies.

Bahrain had taken a decision in mid-January 1995 to deport Sheikh Ali Salman, Sayed Haidar Al-Sitri and Sheikh Hamza Al-Dairy to Syria because they joined those who called for the return of parliamentary life.

The arrival of the three clerics in London caused great inconvenience to the Bahraini authorities, which sent the then-Foreign Minister Sheikh Mohammed bin Mubarak to ask the British authorities to bring them back to the country.

"We continued to work alongside each other there (...) There was a lot of harmony between us," Sheikh Al-Dairy adds.

"Even after our return, after what was known as the political détente, there was a connection between us, so we engaged in the establishment of the Al-Wefaq National Islamic Society and continued to work politically through the society, and entered into parliamentary work with the same visions and ideas."

Sheikh Al-Dairy expressed his grief over the loss of Al-Sitri: "The news saddened me and hurt me a lot."

He was an honest, sincere and wise man. He had a lot of potential that should have been invested more.

These were Al-Dairy's brief words about a man who he had known for more than 36 years.