Bahraini Judiciary: Verdicts Issued to Serve Will of Appointed 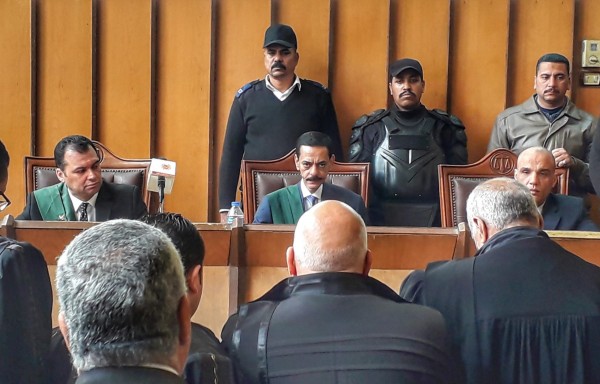 Bahrain Mirror (Exclusive): Sami Mahmoud Abdulrahim is the other face of the Bahraini judiciary, where verdicts are issued to serve the will  of the appointed and he who pays. It is a suspicious judiciary in which interests, money and politics overlap.

The common thing between both of them is their submission to the wishes of the ruling political system rather than the rules of the justice system, which puts big question marks not only on the sentences issued by the man but the entire judicial system.

Lawyer Abdullah Hashem's demand, mirroring the Egyptian society's call on the importance of reviewing the verdicts in which the Egyptian judge took part in issuing, is an incomplete one, as the conduct and judgments of all judges in Bahrain who are against opponents calls for a review of the judicial system and the mechanism of appointing judges.

Any of the Bahraini or other judges, who are biased in the views of Al Khalifa ruling family regarding Bahrain's political dispute and issue judgments according to that family's will against dissidents, would not hesitate to issue other judgments serving interests of another kind.

What drives judges in terms of opposition is either appointment and promotion or political position, but there is a lot of money and interests that may move judges in relation to criminal cases, as is the case with the convicted Egyptian judge.

We can refer here to "The Bahraini Judiciary...Terrorist Pretexts Versus Democratic Demands," a book in which Bahrain Mirror answers the major questions: "What is the reality of criminal justice in Bahrain? Does the Bahraini judiciary work independently of the political authorities in the country?"

The book highlighted in its introduction the words of the late Judge Sir Nigel Rodley, a member of the Bahrain Independent Commission of Inquiry, who saw that the judiciary in Bahrain is not the arm of the authorities used in punishing those who commit crimes but its arm used to punish dissidents who demand fair participation in power.

Bahrain's judicial system does not move to prosecute those involved in stealing public money, because those who steal are members of the ruling family, their clients or close associates. The judges, themselves, who punish dissidents with death on the pretext of involvement in the murder of police are the same ones who issue lenient sentences against the police accused of killing dissidents, as Human Rights Watch expressed in an annual report "Criminalizing Dissent, Entrenching Impunity".

Some judges do not hesitate to issue death sentences based on confidential sources, who are mostly members of the Ministry of Interior.

The sentencing of the Egyptian judge came to restore attention to one of the main Bahraini opposition demands: reform of the judicial system and mechanisms of appointing and promoting judges. It is not possible to talk about the completion of the State project as long as the judiciary is subject to the ruling tribe and its wishes.