Nagham Al-Faytrouni: Drip Settling to Occupy the Gulf: Bahrain and the UAE as a Model 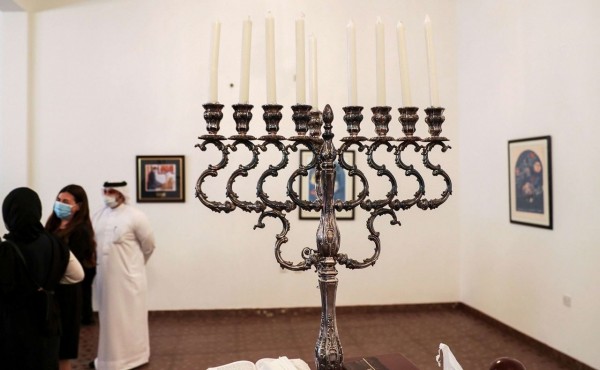 When reading the story of the occupation of Palestine from the very beginning, one will be convinced without a doubt that the Israeli entity today, in the Gulf, scrupulously follows this former scheme.

In the face of the existential threats that the Israeli entity is experiencing today, in light of the major change in the balance of power and the setting of deterrence equations, whether inside the Palestinian territories or by the Islamic Republic of Iran and resistance forces in Lebanon and other places, this entity is working towards implementing the "drip settling" strategies, which observers fear serve as a "Plan B" to ensure maintaining its existence, starting off with the reinforcement of influence and ending with more dangerous scenarios.

Perhaps today's normalization agreements, whose trap several Arab regimes have fallen into, are the starting point for this expansion and the main basis for Israeli goals to find a foothold within a geography that it finds to be very strategic, and easy to gradually seize. Meanwhile, Gulf states remain the weakest link, and this has come to light with Bahrain and the UAE-at least until the moment in the Gulf-leaving the doors and functions of the state wide open for the Israeli entity, and even allowing it to lay the first building blocks of settlement through the "Zionist Jewish neighborhoods".

When reading the story of the occupation of Palestine from the very beginning, one will be convinced without a doubt that the Israeli entity today, in the Gulf, scrupulously follows this former scheme. The story of Palestine, which began with a Jewish neighborhood during the Ottoman era, is recurring in the UAE and Bahrain. Last April, the Senior Rabbi of the Jewish Council of the Emirates, Elie Abadie, unveiled a plan to establish the first complete Jewish neighborhood there. In a press statement published in the Hebrew newspaper, The Jerusalem Post, he explained that this neighborhood will include a synagogue, houses, schools, a community center and hotels, and will be the first of its kind in the Gulf. After nearly three months, Manama assumed the policy of its normalizing Gulf sister, so the Bahraini government adopted a tourist map that was installed at the entrance of Bab Al Bahrain, exhibiting the nucleus of a Jewish neighborhood that will eventually come to life in the next two years.

In terms of how it's being showcased, the UAE and Bahrain are marketing the creation of these neighborhoods as a consolidation of the concepts of coexistence and openness to all religions, while the Israeli perspective is vastly different. These neighborhoods may be a prelude to existential goals that are much larger than coexistence, reaching the extent of direct occupation with official complete compliance of the regimes there, and with serious US efforts aimed at prolonging the life-span of the Israeli entity by all means.

The Occupation of Palestine Started with a Jewish Neighborhood

In order to shed more light on the danger of allocating significant areas of Gulf geography for the formation of Jewish neighborhoods, one must take a quick look at Palestinian history, specifically at the time of the Ottoman rule, as the year 1849 witnessed the first turning point that ensured the expansion of the Jews, enabling them to purchase lands in Palestine, based on an elaborate plan sponsored by Moses Montefiore, who was one of the wealthy British Jews and major defenders of the civil rights of such groups in England and the world, and passed by Sultan Abdul Majid under British pressure, through a firman he issued, authorizing the purchase of lands in the holy lands west of Jerusalem (Al-Quds) by the Jewish people. They established the Jewish neighborhood called "Montfiori Quarter", then the process of transferring Palestinian lands to foreigners expanded, with the Land Law issued in 1858, then the regulations on the right to title deeds in 1859, leading to the proclamation of foreign ownership in 1869, whether by individuals, institutions or companies in all the lands of the state, which prompted Britain and France, for instance, to send their nationals to reside in Palestine, buy lands and establish colonies. For years after the fact, Jewish people managed to stretch in the Palestinian body like an octopus, as their percentage in the population rose and they expanded in their construction of settlements that did not exceed 27 in 1907 during the reign of Sultan Abdul Hamid, and amounted to 277 settlements before the occupation of Palestine and the announcement of the establishment of the so-called state of "Israel" in 1948. They then worked towards the displacement of Palestinians, the people of the land, and took occupational control over the Holy Land.

Absolute Emirati and Bahraini Compliance to US Orders Despite the Risks

This historical trajectory was not mentioned in vain, but to rather show how it's a realistic starting point for explaining the Israeli occupying tendency or what we dubbed in the introduction the "drip settlement strategy", which is being employed today in the UAE and Bahrain, not to mention that the mere abandonment of specific areas of land in both countries for the benefit of the Zionist Jews infringes on social peace and security, as well as the Arab and Islamic identity. The peril lies in the lack of political awareness of the two regimes there, who perhaps cannot rebel against any US dictates and orders related to the existential implantation of this entity in those countries, even if it costs them their security and stability.

One would find it useful to look back at the scene of Defense Minister Benny Gantz's visit to Bahrain last February, accompanied by the Commander in Chief of the Israeli Navy, David Sa'ar Salama, and a number of military officials, as well as his threatening messages to Tehran made from the headquarters of the US Fifth Fleet. The Israel Defense newspaper revealed at that time that the main objective of the visit might have been to devote a port in the Kingdom to the Israeli naval forces for the purpose of confronting Iran.

The Bahraini regime's acceptance of turning the country into an instrument of tension in the hands of the Americans in service of Israeli interests leaves it today in the range of Iranian threats, the latest of which is the warning issued by the Commander of the Iranian Revolution Guards Corps Navy, Rear Admiral Alireza Tangsiri, on August 19, against the countries that provide the ground for foreign intervention and presence of foreigners, especially tyrannical countries, granting them a base, territory and space to form a military alliance against the countries of the region, saying that they will pay the cost of their unfriendly and provocative behavior.

Israeli Exploitation of Internal Crises in the UAE and Bahrain

Consequently, it can be said that Israelis see the UAE and Bahrain as fertile ground for expanding influence, taking advantage of the political crisis in Bahrain and the deteriorating relations between the ruling family and the people there, in order to strengthen and market their presence as being in the interest of the government, via a dirty plan which the Bahraini regime fell for in complete compliance. This is summed up in persuading the regime to exploit normalization for the sake of political repositioning and striking the Shiite majority through the Zionist infiltration into the social fabric, hence reviving the plan for demographic change aimed at obtaining a majority loyal to the authorities, which was revealed by the leaked Al-Bandar report in 2006.

What the Israelis want; however, is much more than that. They want to satisfy their expansionist illusions to escape the idea of ​​failure and disintegration confirmed by the official Israeli positions issued by first-line leaders, such as the statement of former Israeli Prime Minister Naftali Bennett last June, saying that the entity is witnessing today an unprecedented situation nearing collapse, in addition to the Minister of Defense Benny Gantz's warning that there is concern over the future of "Israel" due to its loss of sovereignty in the Al-Naqab and Al-Jalil areas, and the possibility of losing them in the end, due to the growing Palestinian demographic weight, and manifestations of their adherence to their national identity. There is also the famous prophecy of the former Israeli PM, Ehud Barak, announced prior to the 80th anniversary of the establishment of the Israeli entity last May, in which he said that the demise of "Israel" is near, given that Jewish history indicates that the Jews have not had a state last for more than 80 years except in two exceptional periods.

All of the aforementioned evidence laid out constitutes a wake-up call for the normalizing regimes to reevaluate their positions-if they are keen on maintaining their existence in the first place-since the story of the occupation of Palestine began with one Jewish neighborhood. History has proven that the ambitions of "Israel" do not stop there, as matters may escalate towards direct settlement. This is what the agreements concluded since the signing of the Abraham Accords indicate. What is the Israeli-ordained future for the Gulf states? What about the theory that says the Israeli entity is planning to render the UAE and Bahrain an alternative homeland?