Bu Keshma: Donkeys Created to be Ridden Not Elected 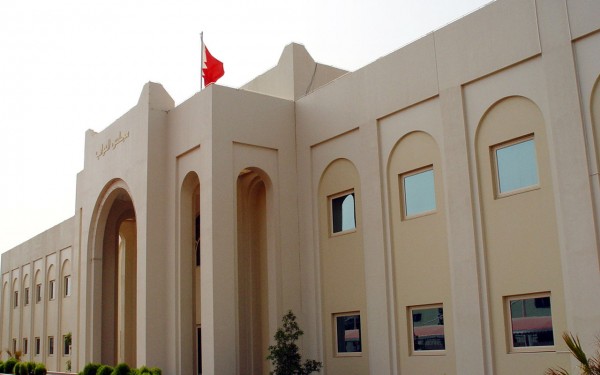 This is not the first time it appears, as it was used before the last elections in 2018. I think this is an injustice to donkeys, as donkeys have always been active partners of Bahraini citizens; they were their economic means for decades and all popular professions were linked to them.

Bu Keshma answers the million question: Why did we insult donkeys by this comparison? To prove the comparison is wrong, he states:

First: A donkey's requests are simple as it only requires some pasturage, while an ordinary member of parliament receives 4,750 dinars per month, the second deputy 5,250 dinars and the first deputy 6,250 dinars, whereas the president's salary reaches 7,400 dinars with a phone allowance, let alone  pocket travel expenses, a representation allowance and a car priced at 26,000 dinars and the amount doubles for presidents. According to MP Hamad Al-Kouheji, the Shura Council president receives 15,000 dinars (we don't know where this amount came from, but no one commented on it, and his boss only deleted it from the minutes).

Second: The donkey, after long and arduous service when it grows up, only gets its daily food, while after four years the MP receives a pension of 40% and it doubles to 80% for only two elections.

Third: The donkey is loyal to its owner and serves him, but the MP, once he assumes his post, denies the efforts exerted by citizens who made him reach the chair and turns into a government loyal like any other official employee who gives compliments to his officials and applauds them.

Fourth: The Qur'an described the voice of the donkey as the harshest, however, the donkey brays for a purpose and a need such as communication and for expressing pain and objection, but the MPs shout only for the sake of screaming. Their loud voices failed to stop the stealing of public money, corruption, or nepotism, and they failed to hold even a minister accountable, so their voices are uglier than those of donkeys.

Fifth: The donkey does not bite the hand that feeds and cares for it, while the MP bites all the hands that raised him, helped him reach the Council and took him out of poverty to wealth. You can see how some of the MPs changed from being in extreme poverty to wealth and how they became arrogant.

Sixth: Donkeys are smart, they know their itinerary and get to know their owner, while the round of an MP ends without him knowing how to use a point of order, and some complete two rounds yet do not know what their constitutional tools are...

Seventh: Donkeys do not cause any harm to the Bahraini citizen, while MPs are the cause of oppression and illnesses, especially the issues they cause like pressure problems and strokes due to their shameful attitudes and cowardice.

Eighth: Donkeys have been associated with our popular memory of literature, we all remember the wise and funny donkey of Joha and how the writer depicted it as being wise. Donkeys also had a share in folk tales and poetry. However, most  of our MPs have nothing to do with literature, some of them even haven't read anything except mandatory school and university books.

Ninth: Donkeys have a share even in the entertainment industry. There is a race for donkeys on Friday in Saar attended by citizens; however, MPs are the reason for the disappearance of laughter and the loss of people's rights and the future of Bahrain's children.

Tenth: Donkeys are famous for their patience and this is the only characteristic in which Bahraini MPs outperform donkeys! The MPs are known for their patience towards the government's injustice against the people, their abuses, violations, thefts, as well as financial and administrative abuse despite receiving the reports of the Bahrain Financial and Administrative National Audit Office, which contain pages of irregularities. Nonetheless, they didn't manage to hold any minister accountable.

The conclusion is that Bu Keshma refuses to compare MPs to donkeys. If comparison has to be done, donkeys are the ones that go to the ballot boxes knowing that whoever arrives in office will turn against them.