Can We Bet on Loyalists to Take Stance in Upcoming Elections? 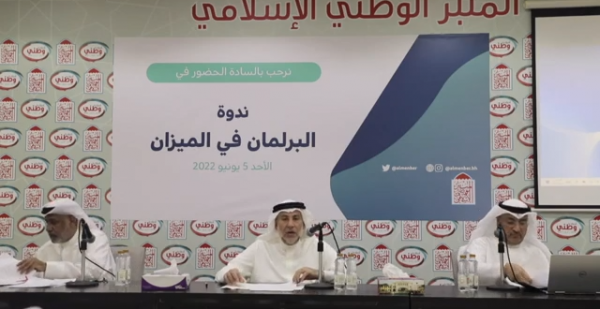 Bahrain Mirror (Exclusive): The 2018 parliament has come to an end and become a thing of the past. The former Council only reaped popular discontent, as it approved the taxes the government wanted, agreed to deduct massive amounts from the Future Generations Reserve Fund, and voted in its last chapter on an unfair retirement law. In addition, it voted by a majority to reduce the parliamentary authority in discussing public issues.

Now that this parliament and its meager powers have become the subject of popular criticism on social media and elsewhere, everyone has the right to ask whether this intersection of opinions is an opportunity to find a unified position on the parliamentary process in its current form between the opposition and loyalists? Only the delusions will say yes.

There is no unified stance, as the opposition seems unlikely to re-participate in this game, while the elite loyalists who criticize the Parliament day and night, only see one mistake in the Parliament, that the government has removed us as loyal societies, bet on independents and the result was a total failure and it is time for the authorities to admit their mistake and put us back in the game.

According to the loyalists view, the problem lies in "contracting out", such as contracting out and assigning contracts, i.e. the authorities contracted out the Parliament to independent loyalists rather than loyalist societies.

Al-Menbar Society discussed the parliamentary process in no sense and so did the National Unity Assembly. This is also the speech of some independent aspirants backed by the Ministry of Interior and Intelligence to enter the upcoming elections.

Al-Menbar Society held a seminar in which its leaders spoke and their vision was only to call on the authorities to rely on them again. They think it is their time, while Abdulatif Al-Mahmoud preceded them to express the complaint of the National Unity Assembly against the Parliament's incompatibility due to the large number of independent MPs.

Meanwhile, the opposition clearly sees that the solution is "the choice of reason, wisdom and patriotism is to move to a council that solves people's problems, which is the normal function of parliaments, otherwise, keeping the National Council as it is now in its form and content as a parliamentary council not for the people is without constitutional, legal and political and popular value," according to Al-Wefaq recent statement.

On the other hand, none of the loyalist leaders talk about the council's powers now, the impossibility of legislating a single law without the government's will, and its inability to prevent a single law that the authorities want to pass, and that the MP could only ask ministers a few questions, or that questioning a minister has become something impossible. Loyalists run away from all of these matters and only want one solution: having access to parliamentary seats.

The loyalist elite is simply an opportunistic elite that neither their faces, nor their ways have changed. They only want to restore their old positions.

The last question is, can you expect a boycott from the loyalists? Only naïve people will say yes.

Most of the loyalists are employed in government agencies, army and security services. They are picked for all positions and functions in ministries and government institutions. On election day, each one of them will make sure to take his family members who have the right to vote, with their passports, to vote and make sure that the passports are stamped with the election administration seal.

The loyalty stamp that each loyalist expects his superior to ask; whether he voted in the election or not, will be a stamp on his passport and as evidence to keep him safe of doubts. But later on all of them will return to criticize the parliament in WhatsApp groups and other media outlets.