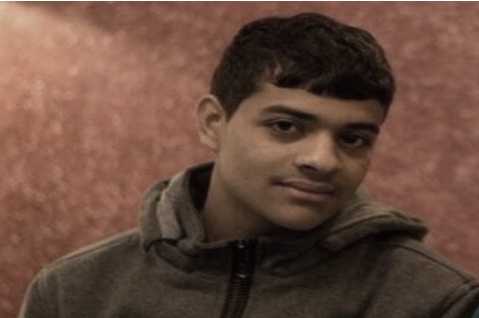 Bahrain Mirror: An officer in Bahrain's Jaw prison laughed when inmates pleaded for an inmate with tuberculosis (TB) to be transferred for care this week, according to a recording of a detainee heard by Middle East Eye.

The detainees were advocating on behalf of Hassan Abdullah Habib Bati, a political prisoner who has serious underlying medical conditions and says he is worried he will soon die if authorities withhold medical care from him.

The recording, which was sent to the UK-based Bahrain Institute for Rights and Democracy (Bird) activist group, comes as concerns of a potential outbreak have emerged after a prisoner with TB was recently released and two detainees who shared a cell with him at various times said they have TB-like symptoms but have been struggling to get help.

The officer, the detainee says in the recording, is aware of the severity of Bati's condition - he has two blood disorders and has been struggling with his health during his eight years in prison - but told inmates, "Let him die of TB".

"An officer took our statements pleading to transfer him to a clinic but then he just walked over to the other officer and they were laughing like nothing is happening," said the detainee whose identity has not been shared to protect his safety. "They kept him in the same facility out of spite."

The inmates, he said, then submitted a complaint to another officer who oversees the building where they are being held, but no action was taken.

Lord Paul Scriven, a Liberal Democrat peer, on Tuesday questioned why Bati was still being held in the prison, given that Bahraini law guarantees inmates suffering from serious medical conditions and whose lives are at risk be released.

"Why has this exemption not been applied to Bati who became infected with TB whilst in prison, leaving him with irreversible damage to his back?" Scriven told MEE.

"He must be released from prison and compensated by Bahrain for the unsafe conditions at Jau prison which led to him being infected with TB and for the subsequent medical negligence he endured."

MEE reached out to the Bahraini embassy in London for comment but did not receive a response by the time of publication.

Last week, family members of two political prisoners held in Jaw, Sayed Nizar Al-Wadaei and Mortada Mohmed Abdel-Reza, said the men were suffering from TB-like symptoms but had not been tested or treated.

Hajar Mansour, mother of Sayed Nizar Al-Wadaei, was threatened with arrest when she came to the prison to try to secure help for him, according to Sayed Ahmed Alwadaei, his brother-in-law and Bird's advocacy director.

MEE understands that detainees in three cells at the prison have now been tested for TB, but it was not immediately clear if Al-Wadaei or Abdel-Reza were among those examined or whether more prisoners had tested positive.

Fears over tuberculosis in the prison have been heightened by the testimony of Ahmed Jaber, a political prisoner who has been speaking about his experience after he was discharged in late February for tuberculosis treatment following months of illness.

The tuberculosis had spread to his bones and Jaber must now wear a device to hold his head and chest in place. He has been told that the slightest movement could paralyze him.

Amnesty International condemned what is happening and stressed that the Bahraini authorities are acting with gross negligence in the face of confirmed tuberculosis infections at Jaw Prison. It considered that "Such indifference to prisoners' medical needs is both cruel and senseless."