Fears of Tuberculosis Outbreak at Prison as Detainees Fall Ill 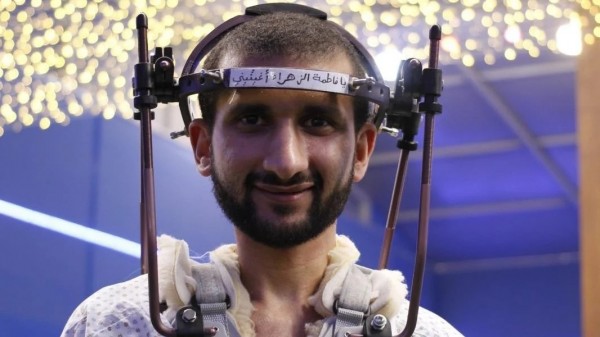 Bahrain Mirror: A Bahraini political prisoner with tuberculosis says he fears he will die soon if authorities withhold further medical care from him, as two other inmates say they have symptoms of the illness but have not been tested or treated.

All three political prisoners were in Jaw Prison with a fourth detainee - who was discharged in late February for tuberculosis treatment after months of illness, only after fellow prisoners banged on their cell doors in protest - said the Bahrain Institute for Rights and Democracy (Bird), citing prisoner testimony.

Families with prisoners believed to have been exposed to Jaber are now demanding that their relatives receive examinations, Bird told MEE.

That detainee - Ahmed Jaber - has been forced to wear a device to hold his head and chest in place and prevent his neck from injury after the tuberculosis spread to his bones.

The three remaining prisoners shared a cell with Jaber at various points, raising concerns that there may be a risk of an outbreak of the infectious disease which is known to spread in prisons.

MEE has asked the Bahraini embassy in London whether it was aware of the cases, and if authorities would provide testing and treatment for the prisoners, but it has not responded.

The current prisoner with tuberculosis, Hassan Abdulla Habib, says he has two serious blood disorders - sickle cell anemia and thalassemia - and has struggled to receive adequate care during his eight years in prison.

After he fell seriously ill last week, he was sent to Salmaniya Hospital where doctors told him he had tuberculosis. There was fluid in his lungs and his testicles, and problems with his colon and spinal cord. One of his lymph nodes was removed.

His calls for help on Wednesday, he said, could be his last "as my life is seriously endangered". "Under my circumstances, it's a fast death, not a slow death. I appeal to everyone to secure my release so I may continue my treatment," Habib said in a recording released online.

Another detainee, Sayed Nizar Al-Wadaei, who is ill with tuberculosis-like symptoms, was held in solitary confinement for three days this week after he refused to return to his cell unless he was given urgent care, family members told MEE.

His mother, Hajar Mansour, came to the prison on Wednesday to try to secure an examination for him, but was ignored by prison officials and then threatened with arrest, tweeted Sayed Ahmed Al-Wadaei, his brother-in-law and the advocacy director of Bird.

The family of a third political prisoner, Mortada Mohmed Abdel-Reza, who is also sick with similar symptoms, has demanded that he receive an examination and immediate treatment.

The Bahrain Institute for Rights and Democracy published a report in 2015 on conditions in prison entitled "Inside Jaw Prison", in which it detailed a list of allegations against the Bahraini authorities, including degrading treatment, sleep deprivation, food deprivation, beatings and enforced disappearance.