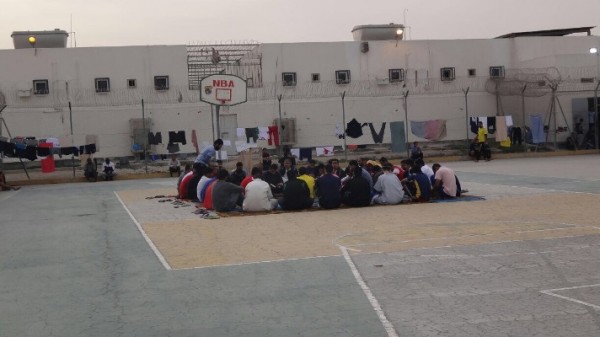 Bahrain Mirror: The Jaw Prison Administration recently briefed political detainees on the mechanism of implementing the open prisons program, explaining that the program would be implemented in three stages.

A number of officers met with officials from various prison wards and provided a detailed explanation on the open prisons program procedures, which "will begin soon", indicating that the program will include prisoners whose sentences exceed life imprisonment.

The program consists of three stages; in the first stage the detainee will be put in a special building in Jaw prison, in less restrictive conditions, with the possibility of obtaining a mobile phone, and the duration in this building will be three months.

In the second stage, after the three-month period ends, the prisoner moves to another building outside the prison, where he spends three months with an electronic bracelet. The prisoner is given the opportunity to meet with his family and return to the building again

The third phase comes after spending the aforementioned after six months (stages 1 and 2), where the prisoner will have the right to benefit from the Alternative Penal Code.

According to activist Sayed Ahmed Al-Wadaei, the program will be implemented in small batches, with five prisoners selected from each building. The second batch will join the program after three months.