Al-Wefaq Report: More than 180 Violations, Including 153 Raids in March 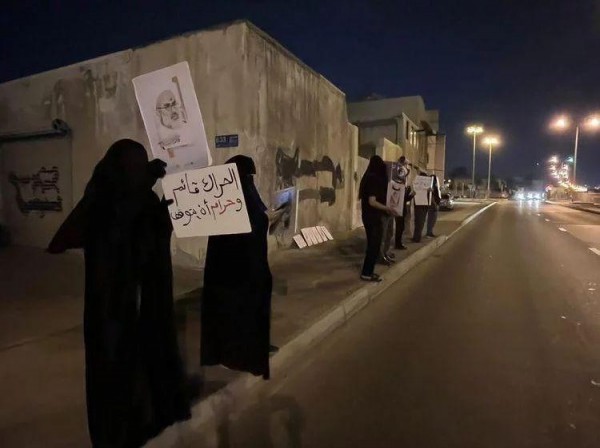 Bahrain Mirror: The month of March witnessed peaceful marches and protests in different areas in Bahrain against the execution of dozens of arbitrary death sentences against prisoners of conscience in Saudi Arabia.

According to the Al-Wefaq report, which monitored the period from March 1 to 31, 2022, 5 individuals were arrested, most notably human rights activist Haj Abdulmajid Abdullah Mohsen, known as Haj Somoud.

The report noted that a 4-day enforced disappearance against detainee Mohamed Habib Ali was recorded during the first week of March.

The number of arbitrary sentences reached 9, 6 of which were issued by the High Criminal Court against detained children. The total number of sentences amounted to 8 years and 6 months in prison and 1,1000 BD fines.

With regard to prisons violations, 20 individual cases of violations were documented between torture, ill-treatment and denial of treatment, 10 of which were in Jaw Central Prison. Meanwhile, 2 cases of collective punishment were documented in prisons, represented in preventing detainees from commemorating religious occasions.

Al Qareen military prison witnessed two individual protests, one case of hunger strike and one case of visits refusal by detainee Mr. Fadel Abbas, who is sentenced to life in jail, due to denying him of treatment.

150 raids were carried out in 31 areas, including 3 cases of house raids and private facilities, 5 cases of checkpoints deployment and 1 case of street blockade.

86 peaceful protests were staged in 21 villages, most notably in Sanabis.