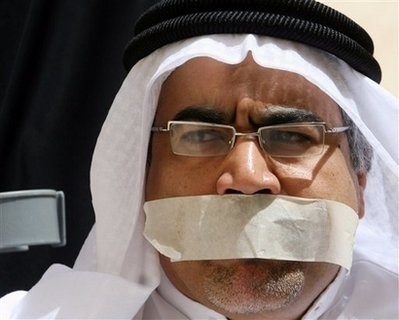 Bahrain Mirror: UN experts have raised concerns over the "deteriorating" health of the Bahraini academic, Dr. Abduljalil Al-Singace, in prison.

According to a communication sent by three special rapporteurs to the Bahraini government, his health has severely worsened during his hunger strike, which entered day 272 on Tuesday.

The rapporteurs said that since October 2021 there had been "a severe drop in his blood pressure levels, episodes of vertigo, seizures, shortness of breath and a drop in his oxygen levels, requiring him to use an oxygen mask".

They added that he was refusing both intravenous support and vitamin supplements and that his blood sugars were "dangerously low".

"We wish to urgently renew and underscore our serious concerns relating to the health of Mr Singace and the confiscation of his research materials, and express fresh concern as to the alleged suspension of his video calls with his family," wrote the rapporteurs.

"In expressing these concerns, we wish to reiterate our strong belief, as previously communicated to your Excellency's Government, that the sentence under which Mr Singace remains detained is based solely on his legitimate, peaceful advocacy for the respect and protection of human rights in Bahrain."

In response to the communication from the rapporteurs, the Bahraini government said that it had "not confiscated" Singace's research materials, but said they "were kept together with his stored belongings in the inmate property storage room at the reform and rehabilitation centre".

They said he had been planning to smuggle the materials out of the prison with the intent of having them published, which they said was a "violation that merits a disciplinary penalty".

Singace suffers from chronic medical conditions, including post-polio syndrome, and requires crutches or a wheelchair to move.