Bahraini Youth Day: King's Son Should Take Actions, Not Only Put out Words 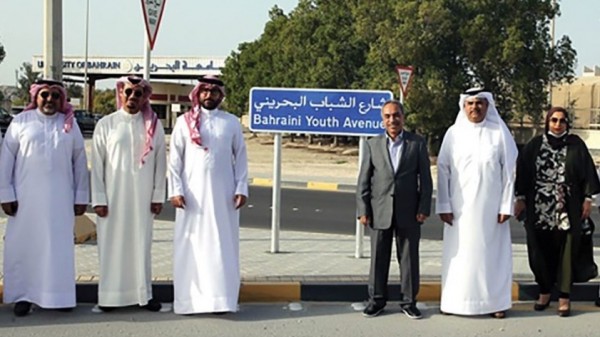 Bahrain Mirror (Exclusive): How can a young Bahraini seriously accept March 25th of each year to be called Bahrain Youth Day, when the youths of the island kingdom find that the state deprives them of their most basic rights to education and employment?

Anyone reading the comments on the announcement of the king's son, Nasser bin Hamad, declaring a day for Bahraini youth or naming a street in their name, can tell the extent of the youths' suffering.

In a flood of comments showing the frustration of Bahrainis, some suggested that the street leading to the Ministry of Labor be named "Bahrain Youths Street", because it is the most frequented street youths cross in search of a job.

One graduate doctor said that 8 months ago he applied for 23 jobs at the Ministry of Labor website, four jobs not related to his field of specialty, and had two interviews, but was rejected.

He explains in a series of comments on his Twitter account: "And because I started to wake up daily without a goal, I entered a phase of depression, anxiety and fear of the future, so I started therapy sessions for the same reason and for other reasons as well."

"Young Bahrainis want you to invest in them and help them overcome the challenges and difficulties and thank you," he added.

How does the king's son want more than 500 unemployed medical graduates to accept his letters with rosy words that are contrary to the realities on the ground, while government hospitals are full with foreign doctors, nurses and technicians?

The message sent by Nasser bin Hamad on the phones of thousands of young Bahrainis included words such as "We see in you the future .. and through you the country prospers.. and by you projects are launched..) does the state really look at young people in such a way?

If so, why would the oil and gas sector, headed by the king's son, bring hundreds of Asian nationals to work for Bapco, after the company grew for years upon the shoulders of Bahrainis?

Why doesn't Nasser bin Hamad restore the employment routes to Bapco, Banagas and Tatweer to normal, when jobs in these government companies were available to Bahraini citizens?

Youths don't want words, they want actions that make them feel safe at home and make them indigenous players in all the country's locations, including ministries, companies, industrial sectors, or sports, who are not marginalized.

How then could Bahraini youths be optimistic about naming the school district street after them, while top students are denied scholarships and suffer from discrimination in educational opportunities?

Can't the king's son stop the farce of annual scholarships distribution through which the hopes of the top students are destroyed by depriving them of their right to scholarships and their number one major picks?

If there is a real trend to care for young people, the ball is in the playground of senior ruling family and government officials. They should give back Bahraini youths their stolen rights or this news will be nothing more than a joke that young people will meet with more frustration.