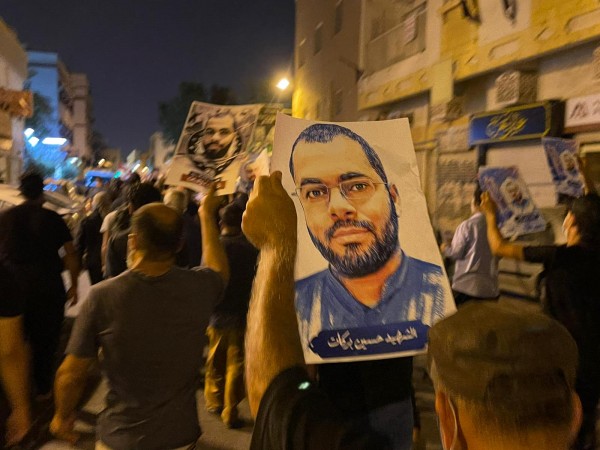 Bahrain Mirror: Amnesty International's annual report, released on Tuesday (March 29), revealed in its special chapter on Bahrain that the Manama government has continued to commit serious human rights violations, including torture and other ill-treatment, and to suppress of freedom of expression and assembly. Official investigations into some cases of ill-treatment have resulted in impunity of the perpetrators.

Measures to combat the Coronavirus epidemic and complication of conflicts in a number of regions of the world have contributed to an increase in human rights violations, particularly in the Middle East and North Africa, which their governments used as a pretext to restrict freedoms and arrest dissidents.

The report indicated that foreign workers were robbed of their wages. Besides, foreign workers and prisoners were subjected to violations of their right to health. The government also violated the right to privacy through excessive surveillance.

The report indicated that the Bahraini-Qatari relations didn't improve. In January, Bahrain was party to a Gulf Cooperation Council summit that nominally ended its diplomatic dispute and severance of economic links with Qatar, which began in2017. However, Bahrain had not restored full diplomatic relations and direct travel and trade links by the end of the year.

From late 2020, Bahrain provided free Covid-19 vaccines for nationals and legal residents, but the estimated 70,000 undocumented migrants were ineligible as they lacked a valid Bahraini ID. Prisoners, who became eligible for vaccination in February, complained that they were not told which vaccine was being offered so they could not make an informed medical decision.

A rolling outbreak of Covid-19 in Bahrain's central prison at Jaw lasted from March to June. The interior ministry acknowledged three cases, but relatives of prisoners told Amnesty International in April that scores of prisoners were infected.

In June, Jaw inmate Husain Barakat died of complications after contracting Covid-19, despite having been vaccinated. His wife told Amnesty International that he had told her he could not breathe and that the guards had not heeded his requests to be transferred to hospital until he was too weak to walk.

Throughout the year, other than offering vaccination, the prison administration failed to take Covid-19 preventative steps such as distributing masks and sanitizers, and social distancing remained impossible due to overcrowding.

Torture and Other Ill-Treatment

The report confirmed: As in past years, detainees and their families gave accounts of torture in state detention centres. In January, Sheikh Zuhair Jasim Abbas was finally allowed to call his family after five months' incommunicado detention in Jaw prison. He told relatives that during this period prison guards had tortured him, using methods including sleep deprivation, threatening that he was about to be executed, and beating with fists, feet and hoses.

In April, Jaw prison authorities violently broke up a protest by prisoners following the death in custody of prisoner Abbas Malullah.

Although some prisoners violently resisted guards' efforts to force them back into their cells, the OHCHR found that the level of force used was excessive and unjustified. Prison guards struck detainees on the head with batons and in some cases beat detainees until they were bleeding severely.

In April, Jaw prison administration confiscated a manuscript on Bahraini dialect written by Abduljalil Al-Singace, one of the leaders of the peaceful protests imprisoned since 2011, when he asked a fellow prisoner being released to deliver the manuscript to his family. On 8 July, Abduljalil al-Singacebegan a hunger strike in protest.

The new Corrective Justice Law for Children,which came into effect in August, expands children's procedural rights in court. However, child defendants' rights were still not fully respected in practice.

In February, interior ministry investigators detained 16-year-old Sayed Hasan Ameen and separated him from his parents before interrogating him without a lawyer or relative present. The Office of Public Prosecution,acting in part based on this interrogation, included him as one of four children aged under 18 who were tried on charges of arson and throwing Molotov cocktails under the same procedural conditions as adults, in breach of Bahrain's obligations under the Convention on the Rights of the Child.

In March, following public outcry, the court released the four children under an alternative sentence of attending a six-month rehabilitation program.

Implementation of the right to a remedy remained inadequate and non-transparent.The Special Investigation Unit (SIU), a branch of the Office of Public Prosecution, stated that it had received reports of tortureand other ill-treatment, but did not report how many. It said it referred seven members of the security forces for criminal prosecution for unauthorized use of physical force, and three other members to a military court for mistreatment of civilians, but gave no details allowing the cases to be identified and did not fully report the outcomes.

In the most detailed example, the SIU said a civilian court convicted three members of the security forces of unlawful use of force and gave them"sentences that ranged from jail time to a fine".

Freedom of Expression and Assembly

In a positive step, authorities in April released Mohamed Hasan Jawad, one of 11 political and civil society leaders of peaceful protests in 2011 who were detained at the time, tried and sentenced to between 15 years and life in prison. However, the other 10 remained behind bars.

Unlike in 2020, there were no reported prosecutions for "spreading fake news" in 2021.

In August, Citizen Lab identified nine Bahraini activists whose devices were targeted by NSO Group's Pegasus spyware between June 2020 and February 2021 in violation of their rights to privacy and freedom of expression.

In September, authorities released Kameel Juma Hasan, whose mother is the well known activist Najah Yusuf. In reprisal for his mother speaking out about her ill-treatment in detention, the government had sentenced him to over 29 years in prison after grossly unfair trials for acts they accused him of having committed as a child.

After public outcry, the government released him under a new law, Decree of Act No. 24 of 2021, which expanded alternative sentencing. However, the probationary conditions effectively annulled his rights to freedom of expression and assembly and to travel for over 25 years.

Migrant workers' limited rights under the kafala system, which ties legal status to remain in the country to the worker's relationship with a sponsoring employer,made this group vulnerable to exploitation.

Lawyers Beyond Borders was preparing a class action case before the Indian judiciary to seek remuneration for hundreds of Indian nationals who had complained of nonpayment of salaries and termination benefits when they were dismissed during Covid-19lockdowns between March and October 2020and forced to return home without their full pay. The Migrant Forum in Asia reported inJune that they had received a group complaint of wage theft from 43 Nepali workers in Bahrain.

No new death sentences or executions were reported.