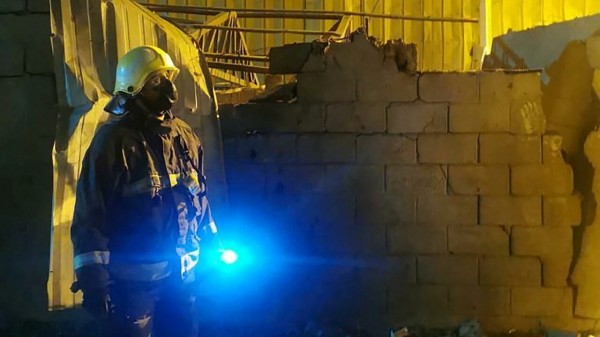 Bahrain Mirror- Reuters: Saudi Arabia said on Monday it would not bear responsibility for any global oil supply shortages after attacks on its oil facilities by the Iran-aligned Houthis, in a sign of growing Saudi frustration with Washington's handling of Yemen and Iran.

The Houthis fired missiles and drones at facilities of Saudi state oil firm Aramco over the weekend, causing a temporary drop in output at a refinery and a fire at a petroleum products distribution terminal. On March 11, they targeted a refinery in Riyadh, causing a small fire.

A Saudi foreign ministry official said in remarks on state news agency SPA that such attacks result in serious consequences for upstream and downstream sectors affecting "the kingdom's production capacity and its ability to fulfil its obligations."

Aramco CEO Amin Nasser, asked in an earnings webcast about the statement, said: "These types of attacks and that type of escalation during a time when the market is very tight is a real concern for the world ... If more escalations happen over time, it might have some impact on supply."

The unidentified foreign ministry official urged the global community to "realise the gravity" of Iran equipping the Houthis, who are fighting a Saudi-led coalition that intervened in Yemen seven years ago. Iran denies arming the group.

The statement comes at a time of heightened tensions between Saudi Arabia and its main security ally the United States that have seen the Gulf OPEC producer reject Western calls to hike oil output to tame prices after Russia's invasion of Ukraine.

Riyadh has struggled to exit the costly Yemen conflict, seen as a proxy war between Saudi Arabia and Iran, which has killed tens of thousands and caused a dire humanitarian crisis.

Gulf states were also excluded from talks between global powers and Iran to revive a 2015 nuclear pact that Riyadh and its allies have criticised for not addressing Iran's missiles programme and regional proxies, including in Yemen.

The United Nations special envoy to Yemen said on Sunday he was discussing a possible truce between the warring parties for the Muslim holy month of Ramadan that starts in April.

The Houthis welcomed his call as a "positive step."