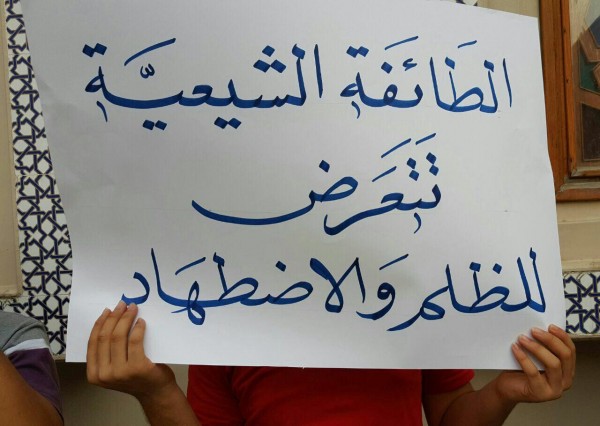 Bahrain Mirror: A United Nations committee criticized the discrimination practiced by the government of Bahrain against Shia in education, employment, and the exercise of their cultural rights.

During a periodic review, the Committee on the International Covenant on Economic, Social and Cultural Rights of the United Nations confirmed that the government is restricting Shiite access to a number of religious and cultural sites, as well as harassing, intimidating, arresting and detaining religious and cultural figures.

The report pointed to the "lack of independence of the National Institution for Human Rights and lack of information with regard to complaints filed to it," stressing "there is no anti-discrimination legislations and policy framework regarding certain invidiuals, such as persons with disabilities."

It indicated that "educational laws and regulations of the State party do not provide stateless children with access to primary and secondary education that is free of charge," adding that "children deprived of their liberty are denied access to education in detention facilities."

The report confirmed the relatively high number of disadvantaged and marginalized groups living in inadequate or substandard housing. It said that there are shortcomings with regard to the capacity of its hospitals and other healthcare facilities, and limited availability of medical infrastructure and equipment as well as of qualified doctors and other healthcare professionals following demonstrations that occurred in 2011.

Regarding the work sector, the report noted the high rates of unemployment, especially among persons with disabilities, youth and women, including university graduates, indicating that the State party's targeted policies and programs have not effectively reduced unemployment.

It added that there is no statutory minimum wage applicable in the private sector.

"The law does not provide for the right to collective bargaining and prohibits the rights to strike and some trade union activities," the report stated.

On the social aspect, the report noted the "lack of statistical information on disadvantaged and marginalized individuals and families," noting the need to amend the provisions of the Children's Corrective Justice Law.

It also noted unequal access within the country to improved water sources and adequate sanitation facilities.

On the environmental damage that the government needs to address, the report noted that "oil spills and lack of freshwater resources have led to desertification, degradation of arable land, droughts, dust storms and coastal degradation."

The Committee noted that Bahrain has not complied with the Paris Agreement to reduce greenhouse gas emissions.