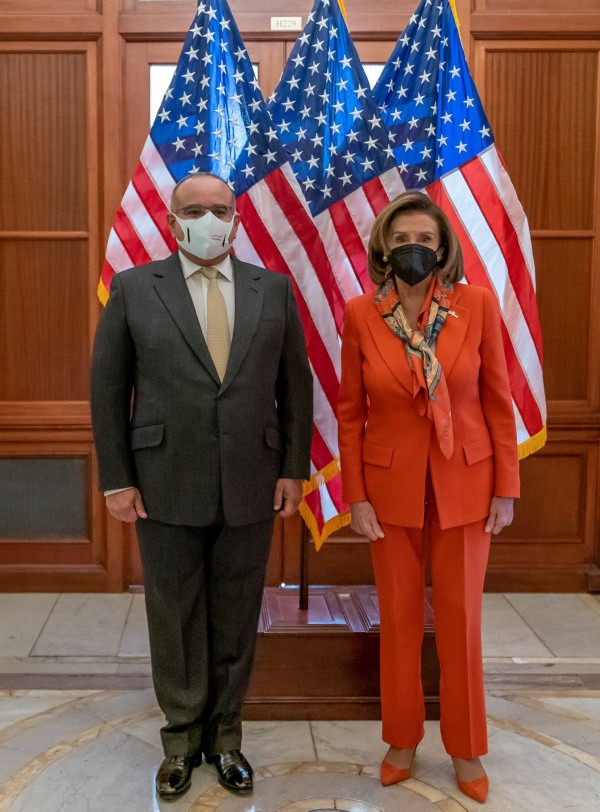 The statements coincide with Crown Prince Salman bin Hamad Al Khalifa's visit to the United States of America, holding a number of official meetings, and signing a number of agreements.

Husain Abdullah said "President Biden's administration has repeatedly touted its commitment to human rights. When it comes to Bahrain, this is blatant hypocrisy. The US government's actions clearly spell out that, so long as you host the US fifth fleet, ongoing perpetration of horrific rights abuses will be met with muted criticism."

"If the US is serious about centering human rights in their foreign policy, it's high time for them to be true to their word and demonstrate that abuse against individuals in Bahrain, such as hunger striking political prisoner Dr. Abduljalil Al-Signace, will not be tolerated."

It is his first visit to the US since becoming Prime Minister in November 2020. It is also his first visit since the start of the Biden administration and coincides with the Strategic Dialogue between the US and Bahrain, which began on Tuesday, and is scheduled to continue until tomorrow. The Crown Prince last met with President Trump in November 2017 and September 2019.

In a Tweet posted on 3 March 2022, Secretary Blinken listed human rights amongst the topics discussed, but statements by US officials have failed to raise public concerns over the systematic repression in Bahrain and the continued imprisonment of political opposition leaders. This is hypocritical and flies in the face of President Biden's repeated promise to "put human rights at the center of our foreign policy".

The Speaker of the House, who met with the Crown Prince, made a congratulatory post on Twitter about Bahrain as a strategic ally, which made no indication that concerns were raised over human rights.

Sayed Ahmed Al-Wadaei, Director of Advocacy at the Bahrain Institute for Rights and Democracy (BIRD), commented: "The timing of this meeting with US officials coincides with Bahrain's continued institutionalized repression at home, as well as their ongoing participation in the Saudi-led military aggression against Yemen. It's a stark double standard that whilst the US administration has been quick to firmly condemn Russia's gross human rights abuses and their war in Ukraine, they remain silent in the face of Bahrain's appalling rights record and violations of international law."