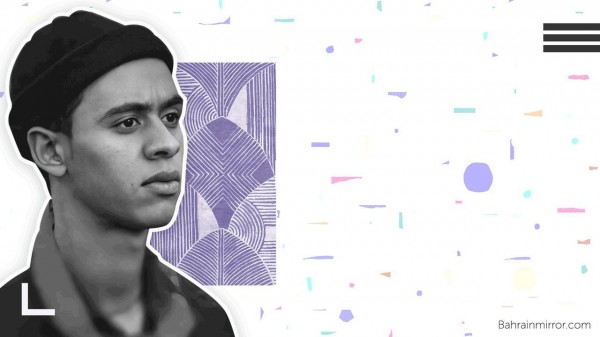 Bahrain Mirror (Exclusive): This is a special story which the world needs to know. It is the story of Akbar Ali, born in 1994, in Bilad Al-Qadeem-the prisoner who has treated and overcome his psychological problems more than once; however, unfortunately, someone is pushing him to these problems again.

Akbar Ali was arrested when he was 17 years old (December 5, 2012), along with a number of citizens from Bilad Al-Qadeem. He was tortured after being transferred to the the Criminal Investigation Department building. The public prosecution brought several charges against him in more than 10 security-related cases. Despite denying the charges brought against him, the Bahraini courts convicted him and sentenced him to 64 years in prison. Ali is still being prosecuted over other cases.

During the incidents of March 10, 2016 in Jaw Prison, Akbar was tortured by Jordanian officers which caused him to suffer a severe psychological disorder, due to the brutality he faced. His mental health worsened, and after nearly half a year of filed requests, he was transferred to a psychiatric hospital in November 2016.

He remained in the hospital until May 2017 when the executing judge decided to release him due to his health condition, after medical reports confirmed his case.

Akbar was released in a deplorable health condition. Many were shocked to see the change which transformed one of the most cheerful and energetic youth to a mentally ill patient.

After the great care by his family and his consistency in taking the medications prescribed by his specialist, his condition improved until he regained his energy and his mental health steadily improved. This proved true the doctors' advice to the judge about the importance of releasing him and keeping him away from prison conditions.

In April 2019, the family was surprised when a security force raided the house at dawn to arrest Akbar again. Everyone was stunned that he was arrested. The youth still needs care and medicine and sending him back to jail means that his health will inevitably deteriorate.

Unfortunately, all the attempts made by the family to have Akbar released failed. The interior ministry turned a deaf ear to all their appeals and letters.

Akbar Ali remained in Jaw prison without medication, subject to ill-treatment, which led to the deterioration of his mental state again. He was once punished while being in a deplorable psychological state by being tied up to the prison's iron gate and left for hours with his hands and legs tied.

The family intervened by appealing to the Ombudsman's Office and the NIHR, but to no avail. This is Akbar's second mental health setback, before the prison administration was forced on October 8, 2019, after his condition reached the edge of insanity, to admit him to a psychiatric hospital again.

Akbar entered a long journey of treatment, as that psychological setback was more severe than the previous one. The doctors' care and treatment program have made little progress.

He remained nearly two years under psychiatric care, resisting the disease and trying to help himself to gather his strength, and indeed the signs of improvement began to appear. However, he was the only patient imprisoned in the hospital, as all the patients were allowed to go out and enjoy the hospital's garden except him.

He told his family that he wanted to have access to the hospital's garden. Doctors were sure that he was peaceful, but remained afraid of the interior ministry.

The doctors filed reports confirming Akbar's need for release as well as moving him to live with his family, since he will not be cured of his illness any time soon. They also confirmed that he needs to continue his medication and remain in psychological stability while living with his family. However, the executing judge was replaced with someone new. He didn't accept the reports and insisted on keeping him in hospital.

On November 21, 2021, in the afternoon, a security force entered the hospital and transferred him to Dry Dock Prison. They informed him that he would be isolated for two weeks and then be transferred to Jaw Central Prison. They handed him a paper stating that the total sentences issued against him amounted to 35 years.

Adding the suspended sentences issued against Akbar to these 35 years means that Akbar has 64 years to serve in prison.

Two months after his return to Jaw Prison, he ran out of medication. The prison administration disregarded him despite his attempts. The psychiatric hospital was contacted but it refused to provide them with medicine due to its rules and regulations.

The prison administration did not take into account or deal with Akbar's repeated daily appeals in a logical manner, leaving him to suffer. He received his medication after a long delay that contributed to the deterioration of his health. With deliberate negligence, the possibility of his psychological deterioration for a third time became likely. Akbar appealed to his family in his last phone calls because he didn't want to return to the psychological disorder he suffered. His family is worried.

Akbar Ali was arrested at the age of 17. The Corrective Justice Law for Children should have been applied to him and he should have been released under the Alternative Penal Code or any other law. Nonetheless, the security authorities rearrested him from the hospital and took him to prison.

Akbar is still fighting his illness. Will the interior ministry listen to the appeals and facilitate access to his right to treatment as a human being, or will it contribute to his mental health deterioration?