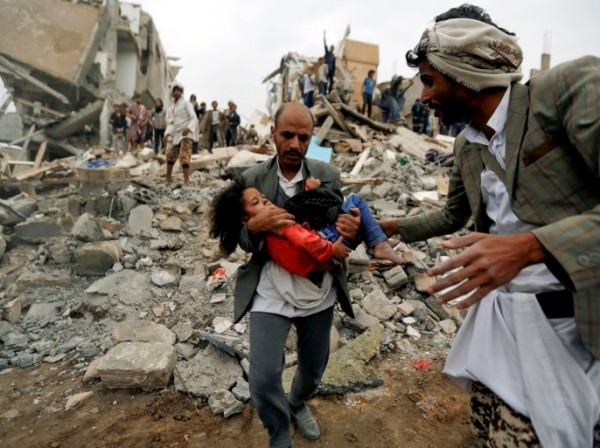 Qassim said "it is a dirty war as per religion and human conscience, imposing a blockade on food and medicine so that the weak and children starve."

He described it as an "all out aggression that targets all facilities of life in that Muslim country by other neighboring Islamic states, in compliance with the United States' arrogant desire and push, and based on its practical support."