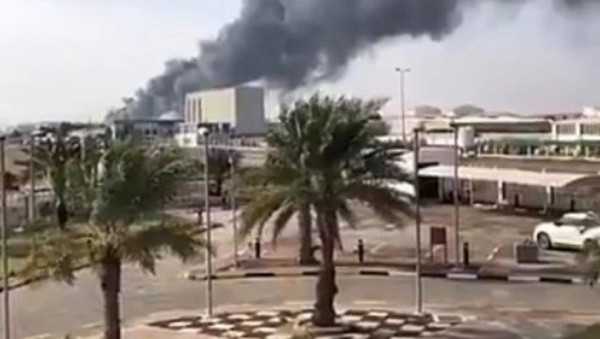 The UAE, the region's commercial and tourism hub, rarely discusses its security in public but had confirmed the two Houthi attacks that took place a week apart, in the first assaults on the Gulf state.

"The Public Prosecution warned that such (video) clips endanger vital and military installations, and can impact the security and stability of society," a statement on state news agency WAM said. It did not specify how many people were summoned or what the current status was of those summoned.

"The Public Prosecution will carry out its responsibilities in applying the law in all firmness towards these crimes and the perpetrators," the statement said.

Monday's strike, aimed at a base in Abu Dhabi hosting U.S. forces, was thwarted by American-built Patriot interceptors, following an earlier deadly strike on a fuel depot.

Unverified footage that circulated on social media appeared to show moving lights from anti-projectile defences being fired into the pre-dawn sky over the UAE capital that day.

The Public Prosecution said "deterrent legal measures" would be taken against those publishing such material in the UAE, which prides itself as a safe business haven and global tourist destination.

The Houthis are battling a Saudi-led military coalition that includes the UAE. A senior Emirati diplomat has said the UAE may upgrade its defensive capabilities following the assaults.