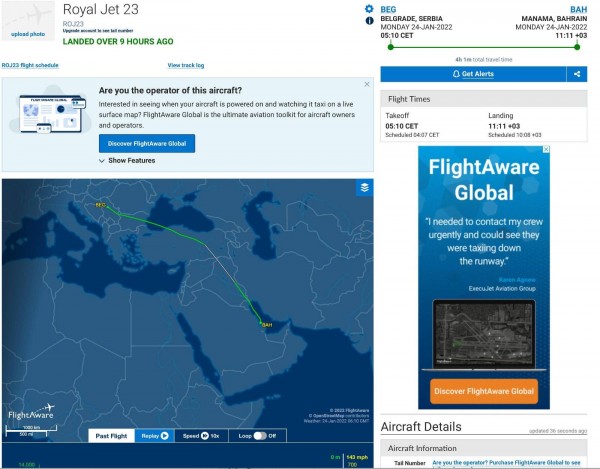 Bahrain Mirror: London-based activist Yousef Al-Jamri published the route of the plane, which is expected to transport Ahmed Jaafar from Serbia to Bahrain. One of the aviation sites shows the route of a private Emirati plane that took off at 5:10 a.m. from the Serbian capital Belgrade and landed in Manama at 11:11 a.m.

Human rights activists raised serious concerns that Ahmed Jaafar would be tortured. These concerns were confirmed after the detainee called his family and told them that he is in the notorious criminal investigation building.