Kuwait: Al-Maatouk Released after being Investigated as "Witness" 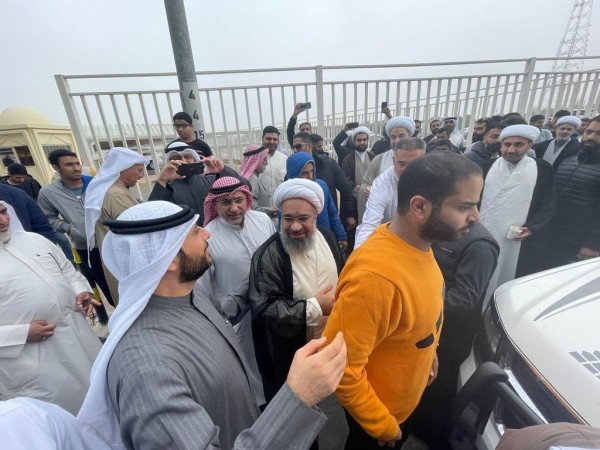 Bahrain Mirror (Exclusive): The Kuwaiti Public Prosecution released Secretary-General of the Islamic Alliance Sheikh Hussein Al-Maatouk after investigating him for hours on the morning of Tuesday (December 7, 2021).

A lawyer familiar with the case said that Al-Maatouk refused during the interrogation to answer any question that constituted a condemnation of the defendants in the case of the Charity Committee of the Imam Al-Hussein Mosque, whom the authorities accuse of laundering money and financing Lebanon's Hezbollah.

The prosecution released Al-Maatouk later and didn't raise any charge against him. Meanwhile, dozens of Al-Maatouk's supporters gathered outside the prosecution's building during his investigation.

Al-Maatouk returned to Kuwait a few days earlier in an Emiri pardon after 3 years he spent in Iran over a 5-year jail verdict issued against him in a case of covering up the "Al-Abdali Cell".

The defendants in Al-Abdali cell were released in the Emiri pardon, which also included those accused of storming the Parliament led by former MP Musallam Al-Barrak.