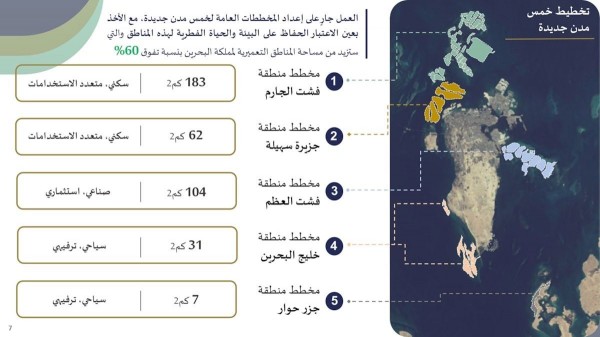 The taskforce shall review and study the general master plans of the cities to be developed, which are Fasht al Jārim, Suhaila Island, Fasht Al-Adham, Bahrain Gulf, and Hawar Islands, in addition to assessing the outputs of the initial designs and making technical observations and opinions regarding the planning, as well as the economic, social and environmental aspects.

The creation of new cities would eliminate half of the annual production of fish.