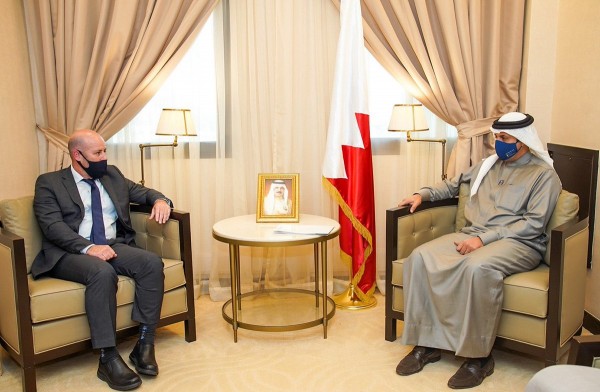 Bahrain Mirror: Itay Tagner, Israel's chargé d'affaires to Bahrain, who has finished his work in the Kingdom, said that "Relations with Israel are part of Bahrain's security strategy."

He stressed in an interview with the "American Axios news website" on the importance of new alliances between the entity and number of Arab States, on top Bahrain.

He noted that since the Abraham Accords, in September 2020, Bahrain and Israel have focused primarily on economic cooperation.

The Israeli official said that the undersecretary of the Bahraini Foreign Ministry, Abdullah bin Ahmad Al Khalifa, visited Tel Aviv and the occupied Palestinian territories last August and announced that "Bahrain had put forward a comprehensive strategy for "warm peace" with Israel in all dimensions of the relationship."

Itay Tagner, the outgoing head of mission at the new Israeli Embassy in Bahrain, who previously led the secret Israeli diplomatic mission in Manama, left his post this week after the Zionist Foreign Affairs Ministry replaced him by Ambassador Eitan Na'eh as the first Israeli ambassador to Bahrain, after the announcement of an agreement to establish full diplomatic relations between the two sides.