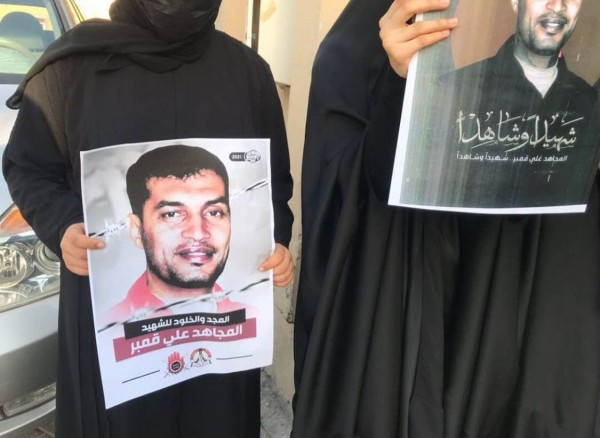 Bahrain Mirror: Former detainee Ali Qambar passed away after a struggle with cancer disease, which he developed as a result of torture inside the regime prisons, Al-Wefaq society stressed. The society called on the people of Bahrain to take part in Qambar's funeral procession in Nuwaidrat.

The 14th February Coalition mourned martyr Qambar, considering him "a sacrifice in the path to achieve dignity of the people of Bahrain and the goals of their blessed uprising."

Qambar suffered from face and lungs cancer as well as other complications, as a result of his detention at Jaw Central Prison since 2014.

His health deteriorated after he was denied right to medical treatment, before the authorities decided to release him in July 2018. Qambar spent years of treatment traveling between Turkey and Bahrain.