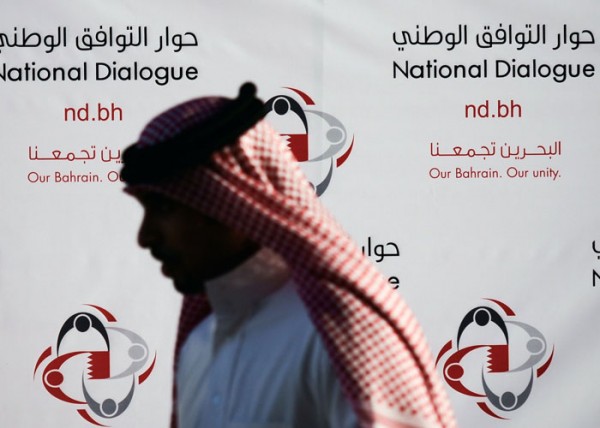 Bahrain Mirror: The New Century Foundation stressed in a written statement to the UN Human Rights Council in the framework of the 18th session that holding of free and fair elections is essential, and this requires the participation of the opposition groups.

This reformed Chamber of Deputies would allow the representation of the Bahrain population as a whole and embrace its diversity. This transition is possible if National Dialogue is restored between the Bahrain government and the opposition.

The Next Century Foundation called for the restructuring and resuming of the National Dialogue to allow the diverse voices of Bahrain to all have seats at talks around healing and reform. Like the Bahrain government.

The Next Century Foundation believes these talks could foster open communication and constructive discussion regarding the governance of Bahrain. For these talks to resume, it is paramount to have the active participation of the opposition groups.

The foundation called on Al-Wefaq to attempt to re-register itself under a slightly amended name. For example "New Al-Wefaq" just as in the United Kingdom of Great Britain and Northern Ireland Tony Blair coined the name "New Labour" for the Labour Party. This would put the onus on the government to allow opposition political groups to register candidates in the 2022 General Elections.

The new Prime Minister has given more opportunities for young people from the Shiite community to take senior positions in the administration and supported engagement with the Shiite community. The foundation welcomed the liberalization efforts of the Bahrain government and is hopeful that their future efforts to allow dialogue and uphold human rights in Bahrain.

The foundation hopes the government will continue to restore citizenships and be guided by Article 15 of the UN Declaration of Human Rights.

As the 2022 General Elections are happening the same year as the Universal Periodic Review of the Kingdom of Bahrain, the Next Century Foundation believes in the Bahrain government's ability to embrace diversity and allow dialogue, which would set Bahrain on the path to becoming a democratic model for the region.

The Next Century Foundation is a non-governmental organization specialized in open and inclusive dialogue for peace. It seeks to involve all parties in dialogue with the aim of conflict resolution. It works with governments on strategies that foster peace, rapprochement and security.