Fourth Day of Muharram 2021: Arresting and Summoning Eulogy Reciters and Threating an Obsequy 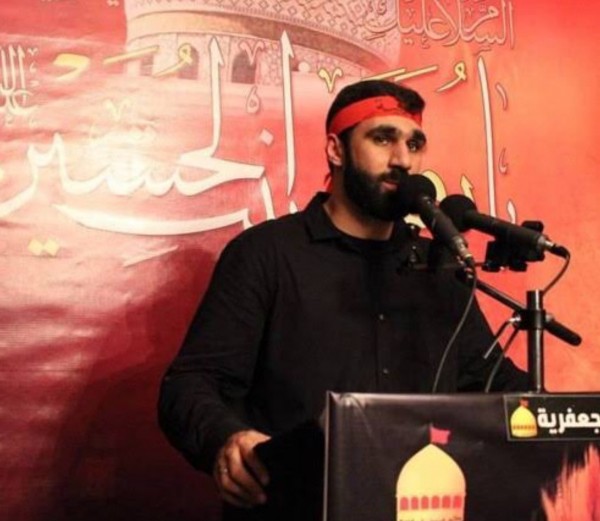 Bahrain Mirror (Exclusive): On the fourth day of Muharram 2021, the Bahraini Interior Ministry continued its crackdown on Ashura commemoration rituals in Bahraini villages and cities as part of an ongoing sectarian approach.

Two eulogy reciters Saleh Sahwan and Mahmoud Al-Qalaf were arrested after they were summoned by Al-Houra police station. A few hours later, the Interior Ministry summoned eulogy reciter Hasan Nowrouz and about 16 citizens to the same station.

Summonses continued and contact was lost with those who were asked to go to police station. It is believed that they were arrested to be referred to the Public Prosecution over taking part in commemorating Ashura rituals.

Tweeter Kayan wrote: We are facing a mentality that believes allowing the indigenous people of the country to practice their religious rites, which they have practiced for hundreds of years, is a privilege to their rule and a noble deed of the ruler to his people. Thus, at any turn and difference, you find restrictions on these rituals or exploiting them to exert psychological pressure on Shiites, thinking they are a pressure card.

For his part, journalist Abbas Bou Safwan said that the story is not about black flags, but an attempt to "always confirm that Bahrain was not created until 1783 (where) work is being carried out to marginalize the Shiite heritage in hopes that time will kill every building, book, scholar and poet that has a Husseini identity. Al-Hussein does not appear on Bahrain TV because it is not part of its identity, the palace says.

Activists continued to monitor further violations in most provinces. Security services made calls with the head and members of Al-Musalla obsequy administration and threatened it.

In Sanabis, where Ashura commemoration is heavy, civilian interior ministry vehicles were seen walking slowly in front of a procession on the night of 5th of Muharram, in order to provoke the mourners.

In Al-Maqsha, a car carrying community policemen was stationed near the village's large obsequy in continuation to the harassment campaign.