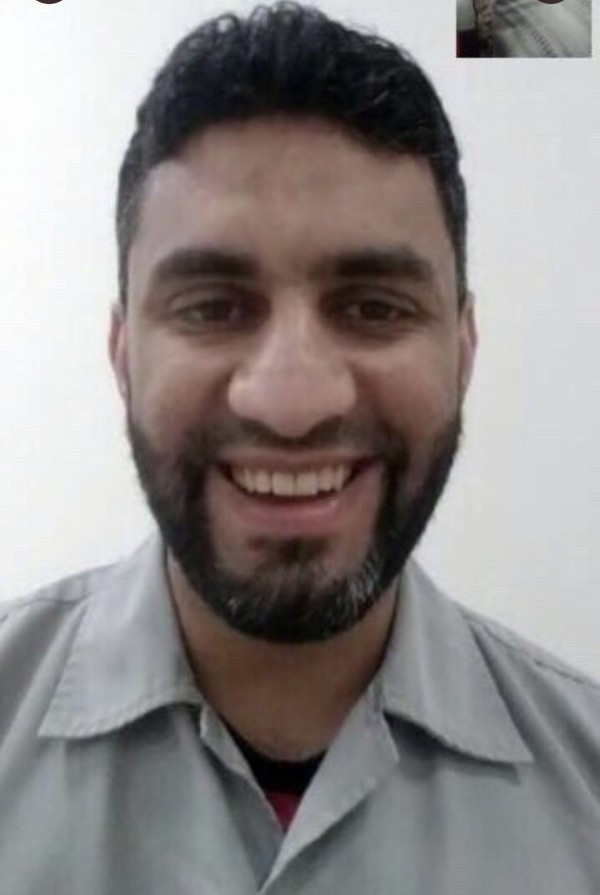 Bahrain Mirror: A report by Americans for Democracy and Human Rights in Bahrain (ADHRB) revealed the torture and ill-treatment political prisoner Mustafa AbdulKarim Khatam was subjected to after his arrest in order to force him to confess.

Mustafa AbdulKarim Khatam, a Bahraini national, was 22 years old when he was arbitrarily arrested in 2013. He is currently held in Jaw prison where he is being denied urgent medical treatment for his worsening condition after also being subjected to torture and ill-treatment on multiple occasions.

Mustafa was outside the house; he was with his friends at the coast, when they were surrounded, chased, and arrested without an arrest warrant. Authorities did not even mention the reason for the arrest. However, Bahrain TV later announced the arrest of a group of terrorists who possess a rifle.

Mustafa and his friends forcibly disappeared for nine days.  He was handcuffed behind his back, dragged to a farming area, photographed, beaten violently with weapons and batons, and kicked all over his body.

Afterward, he was taken to two areas, photographed there, and then taken to the Criminal Investigations Directorate (CID). On the way, security forces bet him, insulted him, cursed him, and insulted his sect, religion, and family.

During 9 years of interrogation, Mustafa was subjected to physical and psychological torture, including lashing, hanging, beatings, verbal and physical insults, and prevention from sitting, sleeping, eating, praying and entering the bathroom.

This led him to lose consciousness multiple times. He was transferred to Al-Qala'a clinic five days after the interrogation.

Mustafa was transferred to the Public Prosecution Office to admit possessing of a weapon. However, every time he denied the charges, he would be sent back to be tortured.

His lawyer was not allowed to attend the interrogations, and his family was not informed of his whereabouts until 13 days after his arrest following his transfer to Dry Dock Detention Center.

During the events that took place in March 2015 in Jaw Prison, he was again subjected to sectarian insults and torture and was prevented from making phone calls or receiving visitors.

Recently, on 26 March 2021, Mustafa was infected with Coronavirus and was transferred to isolation two days after his symptoms appeared.

Medical attention was not provided, and the meals provided to him were delayed and insufficient.

He was them allowed to go out of his cell, which he shares with nine other prisoners, for only half an hour per day. Sanitary products were not provided nor was he allowed to buy them for approximately three months.

Mustafa was only able to contact his family after he recovered from the virus.

After his recovery, Mustafa started suffering from swelling and pain in the lower abdomen. At the clinic, he was told that he had a hernia and needs a surgery. However, he still has not been taken to a hospital in order to undergo the surgery, leaving his family concerned over his health.

His surgery, which was scheduled on 2 June, was postponed to 1 August due to the Coronavirus, but Mustafa was not taken to the hospital on that date.

Bahraini authorities' actions against Mustafa, from his arrest and interrogation to his treatment in prison, are in violation of international law and standards, including the Convention Against Torture, the International Covenant on Civil and Political Rights, and the Mandela Rules.

ADHRB called upon Bahrain to commit to its human rights obligations by annulling Mustafa 's conviction in absence of incriminatory evidence against him and ensuring that any subsequent retrial is consistent with due process and fair trial rights.

ADHRB additionally urged the authorities to investigate claims of torture and ill-treatment by prison officials, hold those officials accountable, and provide Mustafa and all prisoners with proper and timely medical treatment.