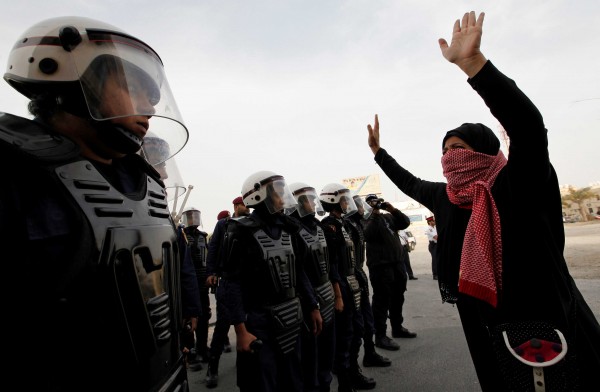 Bahrain Mirror: "We don't know when we will wake up and hear my husband is going to be executed. He has lost all his appeals and his sentence is final. So we pray every single day that an execution will not take place. If I don't hear from Mohammed for a few days, I worry. It's terrifying and we always fear the worst," this is how Zainab, wife of one of the death convict detainees, expressed her fear over her husband's life.

According to a report released by UK charity Reprieve and the Bahrain Institute for Rights and Democracy (BIRD), 26 men currently facing imminent execution are on death row, including those who are believed to have been tortured into confessing.

Death sentences in Bahrain have risen by over 600 per cent since the start of the Arab Spring and the use of torture is "drastically escalating" since 2011, according to the "Independent" newspaper.

The report found that at least 51 people have been sentenced to death since the 2011 Arab Spring protests, compared with seven death sentences in the decade before.

The report was released on Tuesday to mark the one-year anniversary of the Bahraini Court of Cassation's decision to uphold death sentences against Mohammad Ramadan, an airport policeman and Hussein Mousa, a hotel driver, who participated in the 2011 protests and in 2014 were arrested on charges of killing a police officer in a bomb attack.

Ramadan's wife Zainab told The Independent that the family all "live in constant fear" that the execution will go ahead without them knowing.

"Mohammad has been increasingly paranoid that he will be executed without any given warning. It breaks my heart to speak with him and hear the fear in his voice," she said.

Reprieve said Bahraini court has failed to establish any physical evidence linking them to the crime, a point confirmed in the analysis of court documents by Pete Weatherby QC from the Bar Human Rights Committee of England and Wales.

Last month a United Nations human rights watchdog called on Bahrain to release and compensate two activists saying they are being arbitrarily detained.

This is not the first time Bahrain falls under criticism due to its human rights record. In recent days, four MPs in the British House of Commons have sent an urgent letter to Bahrain's ambassador to the UK, Fawaz Al Khalifa, demanding the immediate release of political detainee Fawaz Abdulnabi.

The letter noted that during his imprisonment, Abdulnabi was subjected to forced confessions, as well as brutal torture, sexual assault and solitary confinement.