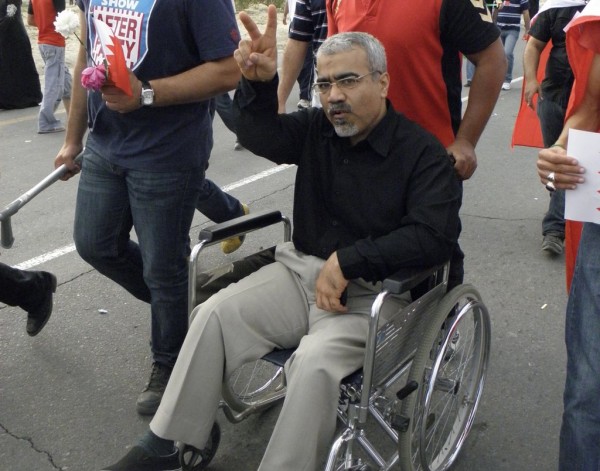 The GCHR confirmed that officer Mohammad Yousef Fakhro is responsible for Al-Signace's suffering in prison. He has consistently denied all Abduljalil's requests and had confiscated his research more than four months ago, instead of handing it over to his family.

It indicated that Al-Singace spent four years working on his research and that he is distraught that it has been taken. Al-Singace has repeatedly protested poor medical care, including the denial of rubber stoppers for his crutches, which he needs to walk due to post-polio syndrome. He has repeatedly fallen down. Prison administration promised that the issue would be resolved, but has failed to do so.

Abduljalil Al-Singace, 59, is an academic, blogger and human rights activist. He was arrested for his role in 2011 peaceful protests. He is a member of the Bahrain 13 group which includes a number of political leaders who were arrested for their role in the democratic movement in Bahrain in 2011. Dr. Abduljalil Al-Singace was tortured and sentenced to life in prison.