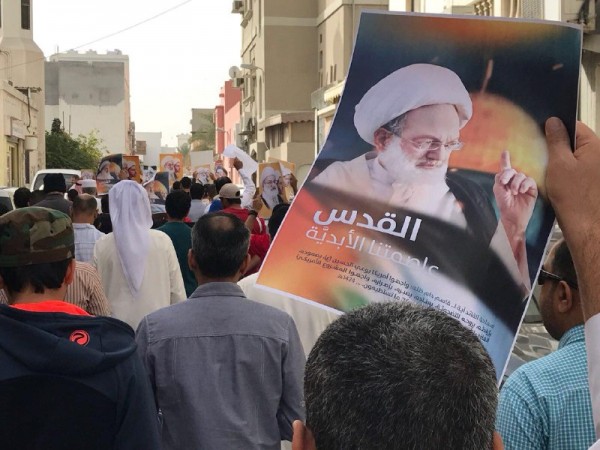 Bahrain Mirror: Bahrain's Shiite spiritual leader, Ayatollah Sheikh Isa Qassim, expressed his thanks and appreciation for the Bahraini people's stance, who launched a media campaign against welcoming any commercial or tourist delegations from the Israeli occupation.

"Thank you; a thousand thanks to you people of belief and adherence to faith and the path of truth. A thousand thanks for your steadfast, resilient and opposing stance against the delegations and tourists of the Zionist enemy," said Ayatollah Qassim via his account on Twitter.

The National Initiative against Normalization with the Zionist Enemy announced last Thursday that it had contacted 91 Bahraini companies and enterprises, commercially authorized to engage in hotel activity and own licensed and active hotels that provide short-stay and entertainment services, to urge them to refuse receiving any Israeli delegation.

[Arabic] hashtags #Bahrain_rejects you and #Bahrainis_against_normalization were top trending in Bahrain, and were used to express rejection of the reprehensible visits, and other activities that promote normalization with the Zionist occupation.