Ayatollah Qassim: Prison Officers and Senior Officials Responsible for Anything that could Happen to Sheikh Abduljalil Al-Moqdad 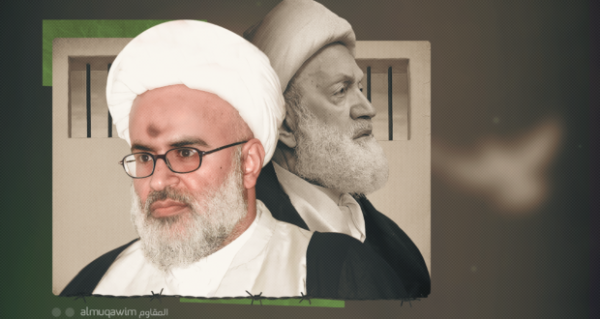 Al-Moqdad, who is sentenced to 30 years in jail, spoke about his deteriorating health condition and the negligence he is being subjected to. He said that he is being neglected to an extent of torture and that he holds the prison administration responsible for anything that happens to him.

If his Eminence Sheikh Abduljalil Al-Moqdad said that he being subjected to deliberate torture by prison officials since all of his complaints regarding his dangerous diseases have been ignored, no one can doubt what he says because he is an honest man and it's not like himself to show weakness and seek sympathy. His words hold prison officials and senior officials fully responsible for anything that could happen to him due to the negligence he is being subjected to.

The people stand with Sheikh Al-Moqdad and the likes of him who experience the same sufferings. There have been increasing cries of help put out by tortured prisoners, whose lives are threatened every moment in prison.