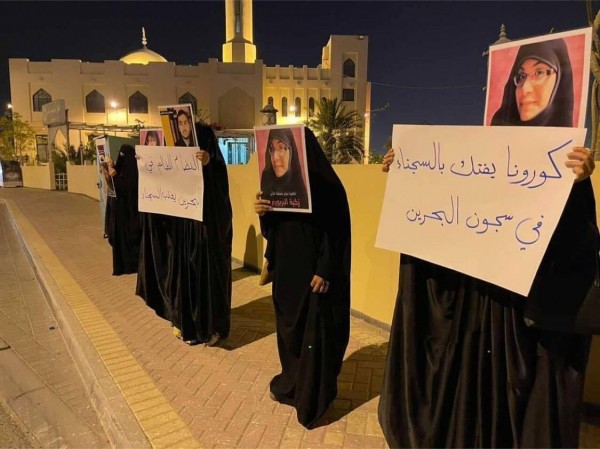 The report monitored the violations security authorities practice against citizens as well as the general situation in prisons. It noted that the most prominent incidents of April 2021 were the continuation and increase of peaceful protests that demand release of all prisoners in the light of Coronavirus outbreak in Jaw Central Prison.

The protests coincided with an increase in security raids which reached 466.

According to the report, the individual violations reached 240 in Jaw Prison.

Jaw Central Prison witnessed 3 collective violations, one of which resulted in the injury of dozens.

22 arbitrary arrests were recorded in April, 6 of them were released during the same month and one was released on the onset of May.

21 summonses were monitored against 18 citizens over different reasons, 2 of them were summoned twice in the same day.

6 arbitrary verdicts were issued in April, 4 of them issued by the appeals court and 2 by the first-instance court. The total prison sentences reached 53 years, including a life imprisonment sentence (which is calculated as 25 years and 6 months), in addition to 500 BD fine.