7 Political Societies Denounce Reduction of Parliamentary Powers: It'll Not be Last Step Amid Gov't Control over Majority of MPs 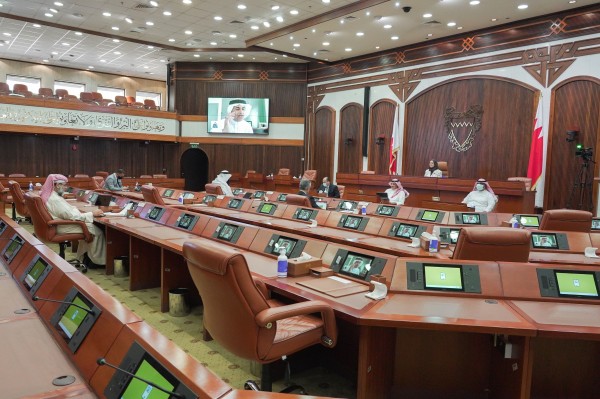 Bahrain Mirror: Seven Bahraini political societies issued a statement on Friday (April 23, 2021), in which they voiced their condemnation of the decision reducing the powers of the Parliament, especially the stances of members of parliament who voted in favor or those who abstained from voting, thus allowing the law to be passed.

The political societies that signed this statement denounced "the irresponsibility shown by the majority of parliamentarians in exercising their duties and voluntarily abandoning them, clearing the way for the decline of parliamentary life and marginalization of its role in protecting the homeland and citizens."

The societies said that they deplore "the new step aimed at reducing the powers of MPs under the pretext of controlling general discussions in Parliament sessions, pursuant to which criticism, blame or accusations are prohibited, as well as any statements that violate the constitution and the law, violate the dignity of persons or bodies or harm the high interest of the country; it also specifies 10 MPs as a maximum number for participation in the general debate, with a limit of 5 minutes for every MP."

They further pointed out that "this new step aimed at eliminating the remaining powers of the parliament, in a fashion that disables parliamentary action that would meet the aspirations of the people of Bahrain," and that these attempts are "ongoing in order to keep such action in a state of stagnation, and cause the Parliament to lack the powers that any parliament should have, especially with regard to its role in practicing oversight, accountability and criticism."

"While parliament representatives feel incapable of preserving and defending livelihoods, social and national earnings and the rights of retirees, fighting corruption and providing job opportunities for the unemployed people of Bahrain, due to weakness in performance and in the structure of the parliament, they are neglecting the minimum tools available to them for reasons that seem to be vague and personal, and have nothing to do with serving the development of the parliament and enabling its role of oversight, nor with protecting the interests of citizens," they stressed.