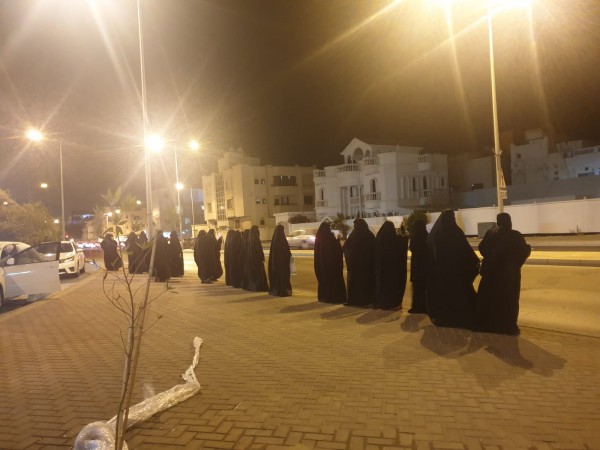 Bahrain Mirror (Exclusive): Families of prisoners staged protests on Monday (March 29, 2021) night in different Bahraini areas, demanding the authorities to reveal the fate of their sons in Jaw prison, which has become an epicenter for the Coronavirus, and calling for emptying prisons in light of this pandemic.

A number of families took to the streets in Damistan as well, noting that there are about 45 prisoners from the village who are held over politically-motivated charges. Meanwhile, mother of prisoner Abdulaziz Abdulrida took to the street in the village of Karzakan and demanded the release of her son who is serving a life sentence. Abdulaziz has spent 10 years of his sentence, he suffers from pains in his head and seizures, which would put his life in danger in case he contracts COVID-19 in prison.

The families began their protests on Sunday (March 28, 2021) in front of the Ombudsman building in Manama, expressing their concern at the suffering of their family members amid the rapid outbreak of Coronavirus inside the prison. The families demanded the release of their sons, but a number of interior ministry officials- policemen and intelligence personnel- recorded the names of the protestors and prevented them from protesting, claiming that the law prevents protesting in the capital.