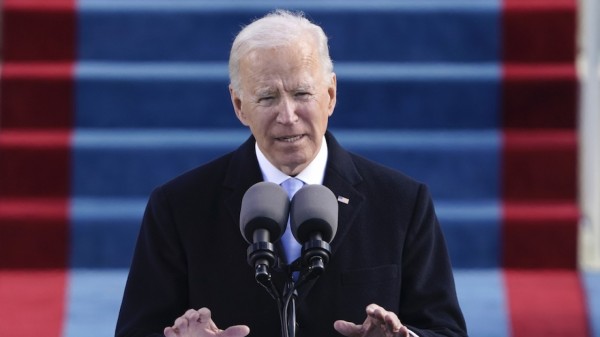 The letter also asked the Biden administration to re-impose restrictions of the arms sales to Bahrain after exports reached $8.5 billion during Trump's administration.

The organizations urged the Biden administration to act on the president's campaign promises by restoring human rights "as a key feature of American diplomacy" in Bahrain and the wider Arab Gulf, in light of a dramatic deterioration in the country's rights record during the previous US administration.

The 15 human rights organizations, including the American for Democracy and Human Rights in Bahrain (ADHRB), spoke in their letter how the advent of the Trump administration in 2017 heralded an unprecedented government crackdown in Bahrain which continues to this day, and how Bahrain has reinstated the death penalty and conducted six executions, outlawed independent media and political opposition parties and targeted political leaders, human rights defenders and other civil society figures.

The letter demanded the US officials to visit Bahraini political prisoners and publicly call for the release of all those imprisoned in Bahrain for peacefully exercising their right to free expression, peaceful assembly and association, in particular the jailed leaders of Bahrain's 2011 Arab Spring uprising including Hassan Mushaima, Abduljalil Al-Singace, Abdulhadi Al-Khawaja, Sheikh Al-Muqdad and Abdulwahab Husain.

Husain Abdulla, Executive Director at Americans for Democracy and Human Rights (ADHRB), commented: "The Trump era will be remembered as the bloodiest period since Bahrain's 2011 uprising, demonstrating what happens when Bahrain's Western allies indulge dictators and turn a blind eye to abuses. If the human rights situation in Bahrain is to improve, the Biden administration must hold the Bahrainis to account and make it clear that human rights are back on the agenda."