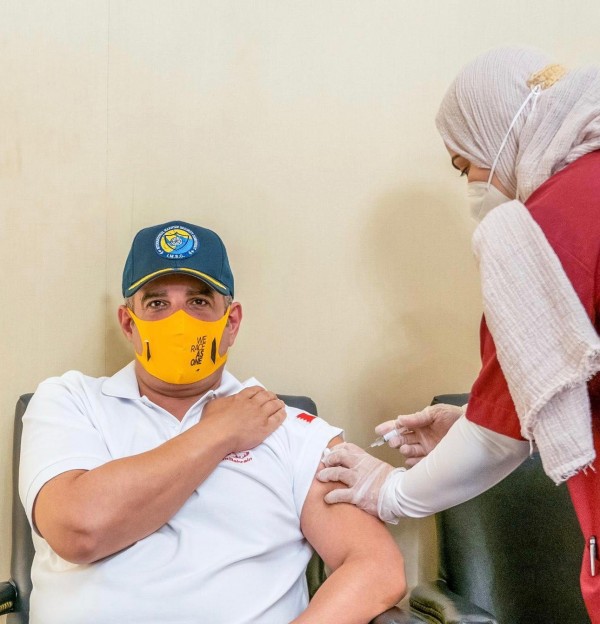 Bahraini Mirror (Exclusive): Authorities in Bahrain have been, for over a month, desperate to complete a round of clinical experiments on a Chinese coronavirus vaccine. The reluctance of people to participate over fear has thwarted government efforts to reach 6,000 participants, requested by the UAE government.

This prompted government officials to volunteer and announce their participation in the experiments to encourage people, but there are serious doubts about the seriousness of this campaign presented by the Bahraini crown prince himself.

These trials are organized under the guidance of the UAE, China's primary partner in the testing of the vaccine.

After the emergence of photos of a number of ministers and senior media officials receiving what they claimed were the Chinese vaccine, people were surprised by the participation of Bahrain's Crown Prince, First Deputy Prime Minister Salman bin Hamad Al Khalifa, in what was said to be clinical trials.

But the event seemed as a coverup for the government's enthusiastic rush to communicate with Israeli officials after the signing of an agreement to normalize relations with the Zionist entity. It seems to be a move to confuse matters, and divert the local public opinion's attention to the significant increase in Coronavirus cases instead of the presence of Israel among us soon.

With regards to the pandemic, Bahrainis are facing a dangerous and complex situation. The number of daily infections in Bahrain has exceeded that of Saudi Arabia in recent days in a precedent of its kind since the virus outbreak at the end of February 2020.

The number of cases in Bahrain reached 695 on Tuesday while the number continued to decline in Saudi Arabia to 672, while Bahrain set a new record on September 16 with 841 cases, Saudi Arabia recorded the lowest daily infection rate since April with only 601.

The total number of cases in Saudi Arabia is more than 327,000, and the daily average number has been between 3,000 and 5,000 per day, but it continued to decline since the beginning of July.

In Bahrain, the total number of cases exceeded 60,000, in just 17 days since it reached 50,000. Although the infection rate has improved significantly over the past two months, it has risen sharply over the past two weeks. The weekly average doubled almost reaching 663 from 344.

Medical sources attributed the high increase in infections to religious and social gatherings as well as the policy of reopening a number of facilities in the country.

Internationally, Bahrain is the second rank in terms of number of infections with respect to that of population. Qatar remains the first.

In 15 days, Bahrain recorded 25 deaths from the epidemic and nearly 10,000 infections, while the total number of active cases dramatically doubled to more than 6,500 from about 2,700, prompting social and political parties, led by Al-Wefaq, to broadcast warning calls to the public, stressing that the legitimate and humanitarian duty calls for following all health measures and precautions.

Meanwhile, obsequies were closed and the public was prevented from attending recent religious events. According to official medical sources, this time the epidemic has hit the less vulnerable group (the elderly and children) more than ever before.

Despite all these details, figures and complex situation, our minds are occupied by the puzzling question: Did the Crown Prince actually volunteer in clinical trials, or was it also an act pleasing the UAE, just as entering a normalization agreement with Israel was an act of submission to Abu Dhabi?