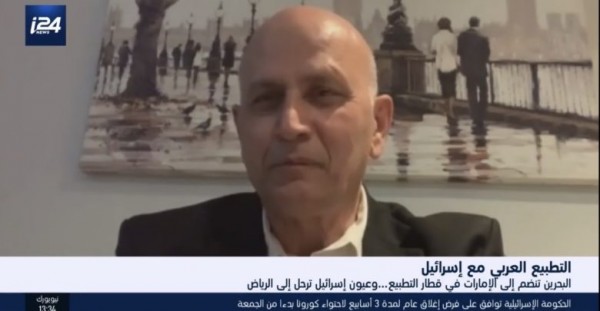 Bahrain Mirror: The Al-Wefaq National Islamic Society announced in a brief statement that it decided to revoke the membership of former Al-Wefaq member, Jassim Hussein, after his participation in a Zionist channel.

"Based on the participation of member of the society, Dr. Jassim Hussein, in a Zionist channel, Al-Wefaq decided - in accordance with the statute and the internal regulations - to revoke his membership," the society said via its own Twitter account.

The society was surprised with the participation of the former MP in a Zionist channel and immeditaley announced that it "disowns any person or party in contact with individuals, parties or institutions of the Zionist Entity."

Al-Wefaq posted two tweets via its Twitter account saying "We, in Al-Wefaq, stress that it is forbidden to have relations with the Zionist enemy on all levels. Our religious, national and ethical duty imposes on us to absolutely disown any act, person or entity that communicates with the individuals and institutions of the Zionist entity."

"Al-Wefaq's opinion is taken from its statements issued via its official accounts only. Any party that deals with the media outlets of the Zionist entity in any way doesn't express Al-Wefaq's firm stance towards the enemy. Its work is rejected, condemned and denounced."