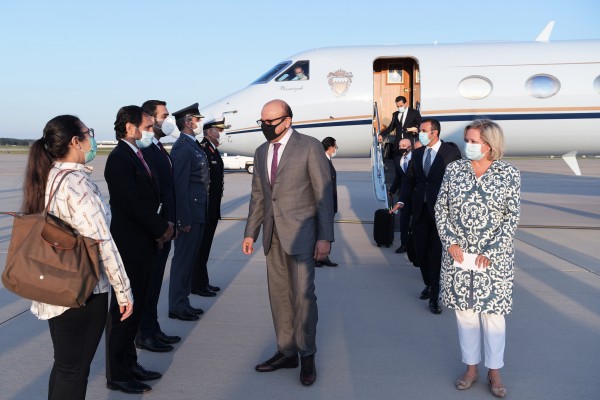 Bahrain Mirror: Minister of Foreign Affairs, Abdullatif bin Rashid Al-Zayani, arrived in Washington to take part in the signing ceremony of the peace agreement between the United Arab Emirates and Israel, as well as signing the Declaration of Peace between the Kingdom of Bahrain and Israel, which will take place in the White House, on Tuesday (September 15, 2020), in the presence of US President Donald Trump and Israeli Prime Minister Benajmin Netanyahu.

Two days ago, a tripartite statement (Bahrain-US-Israel) was issued, stating that Bahrain and Israel agreed to establish full diplomatic ties between them.

The statement explained that King Hamad bin Isa Al Khalifa, Trump and Netanyahu agreed on "establishing full diplomatic ties between Israel and the Kingdom of Bahrain."